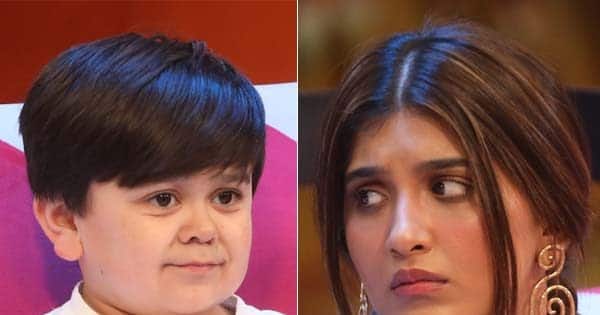 Bigg Boss 16 Latest Update: The latest episode of Salman Khan’s popular show Bigg Boss 16 was very interesting. In this episode, the contestants were also seen fighting a lot. At the same time, Sunny Leone and Arjun Bijlani were seen making four moons with their presence in the show.

Bigg Boss 16 11 November 2022: People who initially described Bigg Boss 16 as boring are now calling it interesting. The specialty of this reality show of Salman Khan is that as the days pass, this show entertains the audience a lot. Bigg Boss 16 has now reached that stage when people are desperate to know what will happen next? Talking about the cutest and most loved contestant of this show, Abdu Rozik, he is slowly now opening all his cards. In the latest episode of Bigg Boss 16 11 November Episode, there was some such conversation between Abdu Rojic and Nimrit Ahluwalia after which the word ‘Aunty’ was discussed a lot in the house.

Let us tell you that Abdu Rojic is slowly starting to like Nimrit a lot. In such a situation, Nimrit Ahluwalia has started explaining things to Abdu in his own style and Abdu realized this in the last episode as well. In the latest episode of Bigg Boss 16, Abdu Rojic suddenly started calling Nimrit Ahluwalia sister-sister. After this, one by one Shiv Thackeray and Sajid Khan explained to Abdu privately that Nimrit felt bad about this. Shiva explained to Abdu that how would you feel if you started calling someone aunty or if someone started calling you uncle here? Giving this example, Shiv Thackeray explained to Abdu that he should not suddenly talk to Nimrit like this. After this, Abdu Rojik also goes to apologize to Nimrit. (Also read- Bigg Boss 16: Gauahar Khan, furious after seeing Shiv Thackeray’s misbehavior, made 4 tweets in support of Archana Gautam)

Tonight in Bigg Boss 16, there was a lot of debate between Tina Dutta and Priyanka Chahar Chaudhary. There is always a tension between the two regarding the work of the kitchen and even today this was the reason for the fight between the two. Also, today Sunny Leone and Arjun Bijlani arrived on the sets of Bigg Boss 16 to promote the new season of Splitsvilla. During this, both also played a lot of games with the family members. For now, it has to be seen that this week Three beauties nominated in Bigg Boss 16 Who among them will be homeless?