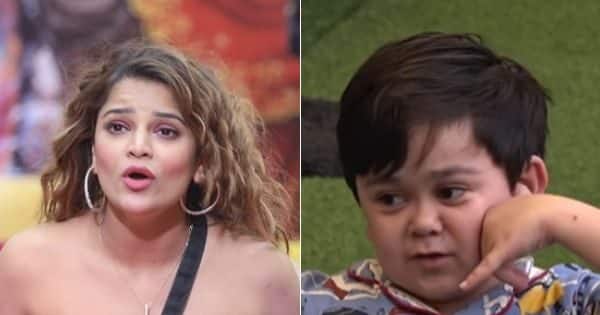 Abdu Rozik Orders Poison For Archana Gautam: The enmity between Abdu Rozik and Archana Gautam is increasing in Bigg Boss 16. It was shown the previous day that Abdu Rojic ordered poison for Archana Gautam. His video related to this is also becoming fiercely viral on social media.

Bigg Boss 16: Bigg Boss 16 has created a storm on the small screen these days. In Salman Khan’s blazing show ‘Bigg Boss 16′, the contestants’ games and fights are being liked a lot. These days bigg boss 16 Abdu Rojic in the house of and Archana Gautam (Archana Gautam)’s fierce rivalry is going on. Actually, Archana Gautam had raised questions on his captaincy, due to which abdu rojic (Abdu Rozik)’s anger had reached the seventh heaven. The enmity between the two has become such that Abdu Rojic does not even want to see their face. Not only this, on the previous day, he had also ordered poison for Archana Gautam from Bigg Boss. The video related to this has been shared by Colors TV from its Instagram account.

bigg boss 16 In Bigg Boss 16, it was shown on the previous day that while Ankit Gupta, Soundarya Sharma and Archana Gautam are sitting by the side of the pool, Shiv Thackeray and Abdu Rojic are seen sitting together. Meanwhile, Abdu makes a phone call to Bigg Boss by making a mobile phone and orders juice for everyone from him. He orders orange juice for Shiv Thackeray, orange juice for Tina Dutta, mixed fruit juice for Shaleen Bhanot at the behest of Shiv Thackeray. After this, Abdu Rojic also asks Soundarya Sharma and Ankit Gupta for juice, to which Soundarya asks them to get beet juice, while Ankit Gupta demands kiwi and beetroot juice.

In this video of Bigg Boss 16, it was further shown that abdu rojic Do not ask Archana. On the other hand, Shiv Thackeray asks Archana Gautam which juice she wants. Shiva further asks Abdu to get bitter gourd juice for Archana. But Abdu tells Bigg Boss, “Send poison for Archana.” Seeing this style of Abdu, Soundarya Sharma laughs. However, Archana Gautam does not tell him anything.

Fans react on the video of ‘Bigg Boss 16’

Entertainment Fans are also commenting a lot on this video of Bigg Boss 16. One user took a jibe at Abdu Rojic’s words and wrote, “Poison for Archana, man, I couldn’t stop laughing.” On the other hand, another user wrote, “Archana yaar who have you screwed up with. If someone else happens, you will walk, but this is Abdu. If you say anything to it, the whole house will play the band.”