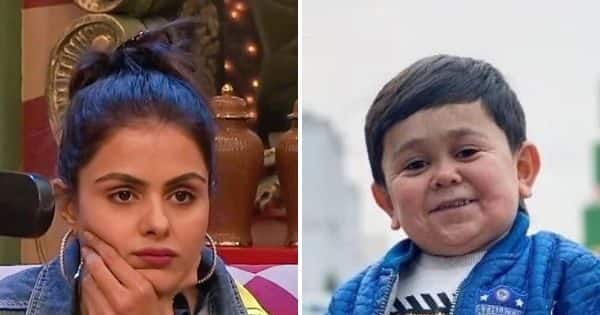 Bigg Boss 16: After the nomination process in ‘Bigg Boss 16’, Abdu Rojic made Priyanka Chahar Chaudhary his enemy. But for this, Abdu Rojic came under the target of the people. Many users even called her ‘Chuggalkhor Aunty’.

Bigg Boss 16: Salman Khan’s banging show ‘Bigg Boss 16’ is attracting a lot of attention these days. The nomination process was completed on the last day in Salman Khan’s show, in which Abdu Rozik, Shiv Thackeray, Gautam Vij, Tina Dutta, Nimrit Kaur Ahluwalia and Gori Nagori were nominated to be evicted. After the nomination process, Abdu Rojic appeared to be upset with Priyanka Chahar Chaudhary. Not only this, he made Priyanka Chahar Chaudhary his enemy, as well as scolded him fiercely with Sajid Khan. by abdu rojic Priyanka Chahar Choudhary But it was alleged that the actress had forbidden Ankit from making roti for him. Abdu Rojic has come under the target of trolls for his action.

tell that ‘Bigg Boss 16’ During the nomination process in Bigg Boss 16, Priyanka Chahar Chaudhary said to protect herself that she plays on her own strength while Abdu follows the teachings of Sajid Khan and Shiv. Abdu did not like this thing of Priyanka at all and he made the actress his enemy. But this talk of Chhote Bhaijaan did not go down well with the viewers of ‘Bigg Boss 16’. Taking a jibe at Abdu Rojic, he even called him a ‘sneaky auntie’.

abdu rojic Taking a jibe at (Abdu Rozik), a user wrote, “Now Abdu has become the chugli auntie of the house, because he is constantly targeting Priyanka. She got a little boost because she is cute.” On the other hand, another user wrote in favor of Priyanka, “I am not a fan of Priyanka. But Priyanka was absolutely fine.” One user, describing Abdu Rojic as a joker, wrote, “Immediately after the nomination, the real face of Abdu came in front of everyone. Chugalkhor Abdu Rojic.”

sorry #AbduRozik lost all respect for u!!!
Sajid gave a very good teaching!!
But He proved he is a 19yr old who will show his true colors when in trouble!!
Wat did he expect god me uthaake finale tak le jaenge!!#PriyankaChaharChoudhary did nothing wrong!!#BiggBoss16#PriyAnkit

Am I the only one who feels #AbduRozik is no more an entertainer ? All time yes bro , maze he , love u has become so repetitive and not so interesting #biggboss

lol now #AbduRozik has become bitch*ng aunty of the house, he is continuously targeting #PriyankaChaharChaudhary, what a downfall. He is overhyped tbh just coz he is cute. #BiggBoss16 #BB16

The attackers on Abdu did not stop here. Sharing a video of him, a user wrote, “So this is cute Abdu Rojic.” In fact, they are blaming Priyanka even after just one elimination, in which it was no fault of her. Another user took a jibe at Abdu and wrote, “Abdu has proved that this is the same 19-year-old boy who will show his color when he gets into trouble. What do he think should be carried in his lap till the finale.”