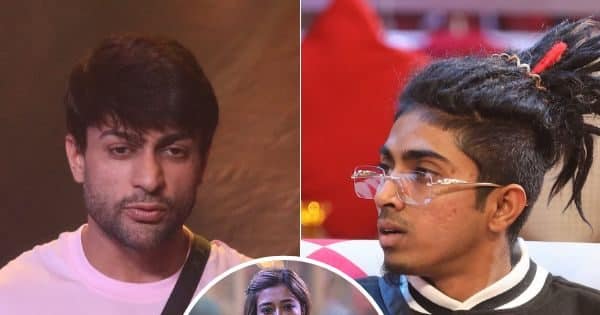 Bigg Boss 16: After Archana Gautam and Shiv Thackeray, another fight has taken place in Salman Khan’s house Bigg Boss 16. This fight is between MC Stan and Shaleen Bhanot. It is being told that in a fit of rage, MC Stan threw a nearby item at Shaleen Bhanot.

Bigg Boss 16: Salman Khan’s big bang show ‘Bigg Boss 16’ is rocking big. Last week in Bigg Boss 16, Archana Gautam and Shiv Thackeray (Shiv Thakare) had a fight, in which Archana Gautam grabbed Shiv Thackeray’s neck and due to this he had to go out of the show. However, even after this incident, there was no improvement in the contestants of Bigg Boss 16. In fact, recently bigg boss 16 The news is coming that MC Stan and Shaleen Bhanot got into a fight in the house and in the midst of the fight, MC Stan threw the thing kept nearby on Shaleen. It is being told that the quarrel started due to the injury suffered by Tina Dutta. Also Read – Ghori Nagori taunts Sajid Khan as soon as he is out of Bigg Boss 16, openly challenges him

Entertainment Bigg Boss 16, which is full of entertainment, is making a lot of headlines these days. According to media reports, bigg boss 16 It will further be shown that Tina Dutta’s leg will be twisted, due to which she will have difficulty in walking. Shaleen Bhanot tries to help the actress due to her injury. Meanwhile, MC Stan asks Shaleen to let the doctor treat Tina, else her pain will increase further. Both of them start arguing about this and MC Stan throws the thing kept nearby on Shaleen. However, Shaleen Bhanot is not hurt by him. Also Read – Riddhima Pandit showed Attitude to the makers of Bigg Boss 16, hit a U-turn before appearing on the show

It is being told that for this act of MC Stan, Bigg Boss 16 had also called him in the confession room. However, what punishment did Bigg Boss give him, didn’t he? This thing is not completely clear yet. At the same time, the audience is also eager that what will be the reaction of Salman Khan on the matter. Also Read – Bigg Boss 16 Promo: Sajid Khan opens front against Archana Gautam, says, ‘She understands a very big superstar..’