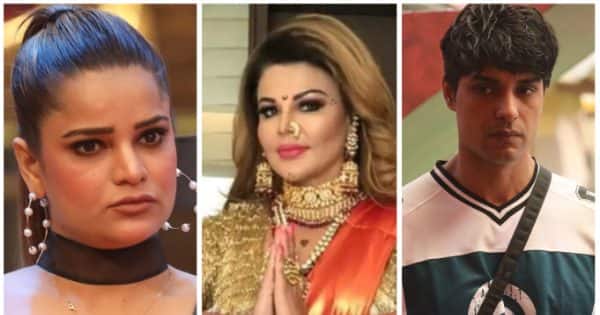 Bigg Boss 16 Update: Show hosted by Bollywood actor Salman Khan bigg boss 16 The audience is showering love with all their heart. The special thing about this house is that here every moment relationships get formed and get spoiled. Where a few days ago Priyanka Chahar Chowdhary was supporting Archana Gautam. At the same time, both are arch enemies of each other. It has been seen many times that whenever Priyanka fights with someone, Ankit Gupta gives her full support. Meanwhile, once again there was a verbal war between Priyanka and Archana. During this, Ankit said such a thing about Archana, which stunned all the family members.

In fact, in the recent episode, the new Captain of the house Sajid Khan was distributing duties to all the members. During this, Archana flatly refused to do the task given by Sajid. The family members did not like this decision of Archana. Everyone lashed out at Archana for this. During this, Priyanka and Ankit also started classes for Archana. During this, Ankit compared Archana to Rakhi Sawant and said, ‘She wants to become Rakhi Sawant. But it does not know that Rakhi is called only for entertainment. She has not won the trophy till now. Since this statement of Ankit, there has been an uproar on social media. Users are constantly trolling Ankit for this.

Popat lal took #RakhiSawant name and said she is only being brought to show for her entertainment in different seasons but she never has ever won any season.

What does he want to say is Raakhi is not capable of winning?

Whatever be the case, Rakhi Sawant has no competition…Rakhi Bs ek hi hai

Bigg Boss had given a task to the housemates, which was made the captain of the house, Sajid Khan. During this task, there was a fierce fight between Archana and Sajid Khan. At first Archana talked very comfortably but when she felt that nothing was going to happen by talking with love, then she started talking to Sajid Khan. Seeing this form of Archana, even Sajid’s temperature became high. He tells Archana, ‘You have to live in this show.’ On this she says, ‘Yes, I have to stay.’ After this Sajid tells him, ‘Then talk to me with respect.’ Archana replies, ‘Why do you have access to the top?’ Fans are liking this impeccable style of Archana. Let us inform that Shaleen Bhanot, Tina Dutta, Soundarya Sharma and Gautam Vij are nominated for this week.