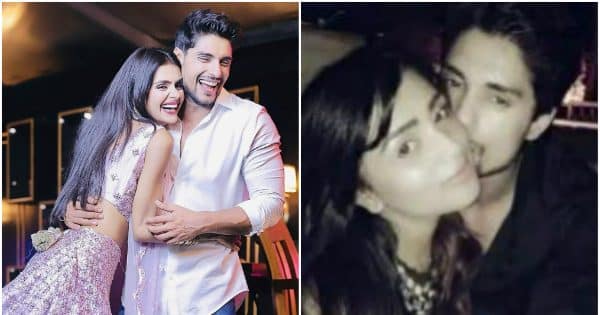 Ankit Gupta And Shanaya Khan Romantic Photo Viral: Some pictures of Bigg Boss 16 contestant Ankit Gupta are becoming increasingly viral on the internet. In these photos, Ankit is seen romancing with his rumored girlfriend Shanaya Khan.

Big Boss 16: TV’s famous reality show Bigg Boss 16 is getting interesting day by day. While Gautam Vij’s name is being linked with Soundarya Sharma in the show, ‘Udariyaan’ actress Priyanka Chaudhary and Ankit Gupta’s love angle is being liked a lot. But in the meantime, some pictures of Ankit Gupta are becoming fiercely viral on social media. Ankit is seen with his secret girlfriend in these pictures.

on Tuesday Ankit Gupta Some intimate pictures with actress Shanaya Khan went viral. In these photos, Ankit is seen kissing his rumored girlfriend and ‘Sadda Haq’ co-star Shanaya Khan. Apart from these pictures, an old video of Ankit is also going viral, in which the actor is seen introducing his girlfriend Shanaya Khan from Publicis.

Shanaya confessed about relationship with Ankit

It can be seen in the video that Shanaya Kapoor is saying that yes she is in a relationship with Ankit. Talking about their first meeting, he said that they first met at work, gradually they became friends and then started dating. However, now after these pictures went viral, questions are being raised whether Ankit and Shanaya are still in a relationship or not?

Please tell that Ankit Gupta and Priyanka Chaudhary were seen together in Colors TV’s show ‘Udariyaan’. both of them bigg boss 16 I had also entered simultaneously. At the premiere of the show, Priyanka had said that she and Ankit are just good friends, but seeing their chemistry in the Bigg Boss house, people felt that there was more going on than just friendship.