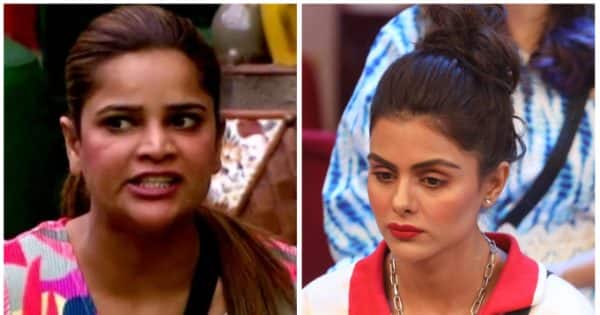 Bigg Boss 16 Update: Superhit reality show of Colors Tv bigg boss 16 Recently there has been a change of government. Till a few days ago Ankit Gupta was ruling in this house. But now Salman Khan’s show is ruled by three female contestants. Recently, a task regarding captaincy took place in this show. During this there was a lot of controversy. This time three members have been made captains, in which Soundarya Sharma, Tina Dutta And sumbul tauqeer khan name is included. Sometime back a promo of Bigg Boss 16 surfaced, in which Sumbul Tauqeer Khan and Archana Gautam were fighting with each other. Now meanwhile, a report has come out that two friends are going to face each other in the upcoming episode. Also Read – Bigg Boss 16 Promo: Sumbul Touqueer Khan’s attitude changed as soon as he became captain, Archana Gautam’s class

Actually, Bigg_Boss Tak has shared a post on his Twitter, in which information about the upcoming episode has been given. It has been told in this report that there is going to be a dispute between Archana Gautam and Priyanka Chahar Chowdhary again. During this, Archana has said such a thing to Priyanka Chahar Chowdhary that Priyanka’s heart is broken. Actually, Priyanka and Archana were present in the kitchen. During this, an argument started between the two when Archana told Priyanka, ‘Don’t bark like dogs.’ Priyanka gets angry on this matter and she starts lashing out at Archana. Now it will be interesting to see in the upcoming episode what has been the dispute between the two. Also Read – Bigg Boss 16: Due to the quarrels of these contestants, the house had turned into a war of Mahabharata, each one faced Salman’s anger

Priyanka got angry and said: “You are calling me a dog and why are you bringing family members into the conversation.”

Colors had released a promo in the morning, in which Sumbul’s style seems quite changed. Sumbul’s attitude changed as soon as he became the captain. In the clip, she is seen taking Archana Gautam’s class. Let us tell that today there can be a nomination task in Salman Khan’s show Bigg Boss 16. If reports are to be believed, this time 4 members are nominated to be evicted from the house, which include names ranging from Shaleen Bhanot to Sajid Khan. Also Read – Bigg Boss 16: Vikas Manaktala and Sreejita Dey’s enmity to start? Fierce fight over food