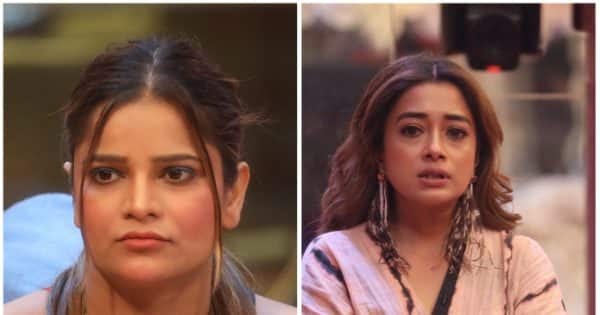 Archana Gautam and Tina Datta Fight: The recent episode of Bigg Boss 16 was quite interesting. During this, Tina Dutta and Archana Gautam clashed with each other.

Bigg Boss 16 Update: There is a lot of excitement among the audience regarding Bigg Boss 16, the show hosted by Salman Khan. Everyday something new is happening in this controversial show. In the recent episode, once again Priyanka Chahar Chowdhary and Ankit Gupta clashed with each other. Actually, Bigg Boss had given a task to the housemates, in which all the contestants had to reveal about each other. During this work, there was a fierce dispute between Ankit and Priyanka. Meanwhile, Priyanka and Soundarya also started fighting with each other over Ankit. And there was another incident during this task. During this, there was a heated argument between Tina Dutta and Archana Gautam. Also Read – MC Stan to be evicted from Bigg Boss 16? Will give this much money to the makers

In the task given by Bigg Boss, the housemates got to read one statement each. He was told that who had spoken this thing for him. During this, Tina Dutta got to read a statement, in which it was written that we are not hungry for KK and after that you are saying such a thing that my dog ​​has died, oh man, what has happened, it has become old, it will die. Tumhare birthday wale din thodi na mara hai haad ho gayi yaar…’ After listening to this statement, Tina’s temperature gets high and she understands that Archana Gautam has spoken this and she throws mud on his face. Huh. Archana’s statement breaks Tina’s heart. Also Read – Bigg Boss 16 will see the entry of this actor of ‘Gum Hai Kisi Ke Pyar Mein’, another name surfaced

After this, most of the family members condemned this statement of Archana. At the same time, Sajid Khan has expressed grief for Tina. He said that Archana should not have said these things. He has felt very bad. Nimrit also said that he is right, Archana has done this wrong. Let us tell that for this week Sajid Khan to Shiv Thackeray is nominated for eviction from the house. Now it will be interesting to see who gets evicted from this house.