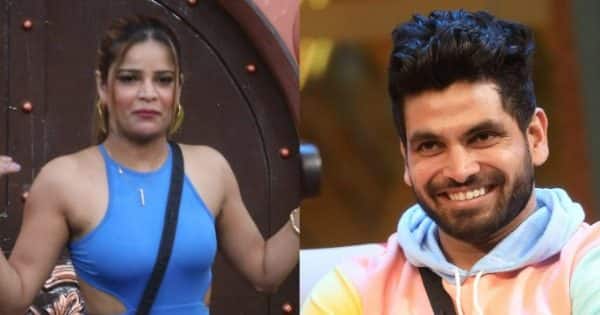 Archana Gautam Evicted From Bigg Boss 16: Salman Khan’s banging show ‘Bigg Boss 16’ is in a lot of discussion these days. but recently bigg boss 16 Shocking news is coming about (Bigg Boss 16) that from the show Archana Gautam (Archana Gautam) has been thrown out. The actress has been evicted for having a scuffle with Shiv Thackeray. It is being told that Shiv Thackeray was injured in the scuffle, after which he asked Bigg Boss to take action on the matter. Soundarya Sharma also supported him in this matter. Taking action on the matter, Bigg Boss has shown Archana Gautam out of the show at three o’clock in the night. Not only this, the live streaming of Bigg Boss on Voot has also been stopped due to this fight.

Archana Gautam has been thrown OUT from the #BB16 house due to physical violence. #BB16WithBiggBoss_Tak

Breaking! Shiv made personal remarks against Archana,& the fight escalated when Archana, in return retaliated she indulged in a physical fight with Shiv & he was injured. Shiv appealed to Bigg Boss for Archana’s eviction & Soundarya supported him. Archana was evicted around 3am

At the same time, recently a promo video of Bigg Boss 16 has also been released, in which Bigg Boss has set a task for those who support Abdu and remove him from the post of captain. Amidst the task, Archana Gautam told those who supported Abdu, “He has not come to become the captain in Bigg Boss and that’s why he is going with Abdu.” An argument broke out between Archana and Tina regarding this matter. It is believed that the battle of Archana Gautam and Shiv Thackeray also started from here.