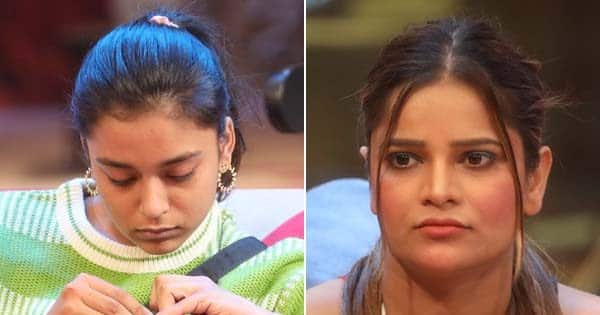 Archana Gautam and Sumbul Touqeer Khan Fight in Bigg Boss 16: Salman Khan’s reality show Bigg Boss 16 Every day some or the other explosion is definitely happening. Recently, a new task has happened in this show, in which Golden Boys have played an important role. During this, as usual, Archana Gautam was seen stumbling in the task. In the middle of the task, she started lashing out at the TV show Imli fame Sumbul Tauqeer Khan. The matter went so far that Archana Gautam Once again, instead of restraining her tongue, she started speaking anything. In fact, when Sumbul Touqeer Khan questioned Archana Gautam’s way of playing, he taunted the tamarind actress. Also Read – Bigg Boss 16 PROMO: This member’s entry in Salman Khan’s house, makers announced the first wild card

There was a lot of tussle in the task

Bigg Boss last night made Golden Boys Bunty and Sunny the directors of the new task. In the task, both had to throw golden biscuits. After this, the contestants present in the house had to collect these golden biscuits according to the team. The people who will have the maximum number of golden biscuits will become the contenders for the captaincy. Archana Gautam and Sumbul Touqueer Khan tried their best to turn the game through this task and in the meantime an argument broke out between the two. In a fit of anger, Archana Gautam told Sumbul that you do not even have the looks to be a queen. Tell that by giving excellent performance in this task, the housemates will get the passcode of the locker worth Rs 25 lakh.

Watch the glimpse of the current episode of Bigg Boss 16 below Also Read – Bigg Boss 16: These contestants can be evicted this week, these stars including MC Stan are in nomination for elimination

Who will be evicted this week?

No contestant has been shown the way out in the Bigg Boss 16 house last week. This week too many people have been nominated to be evicted from the house. As of now, if the latest information is to be believed then the makers are making up their mind this week also that no one should go out of the house. For the time being, it has to be seen that this week Salman Khan is going to give classes to which contestants on Weekend Ka Vaar? Also Read – Sreejita Dey to be a wild card entry in Bigg Boss 16!! Tina Dutta will feel chilly