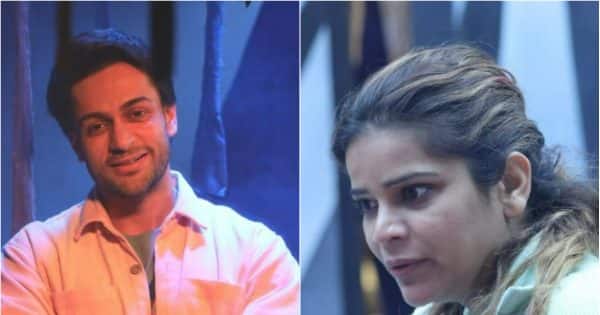 Big Boss 16: Colors TV’s big bang reality show ‘Bigg Boss 16’ is witnessing a lot of uproar these days. While Abdu Rozik’s eviction in the show has surprised everyone, Shalin Bhanot is constantly on target. In Friday’s episode, Archana Gautam ridiculed Shaleen Bhanot, whose video is going viral on social media. In this video, Archana Gautam is making fun of Shaleen Bhanot for cheating on Tina Dutta. This new promo video of Bigg Boss 16 has been shared by Archana’s fan club on Twitter. Also Read – Bigg Boss 16: Is the relationship of these family members scripted in the show? Contestants exposed each other’s secrets in front of Salman

A new promo video of Bigg Boss 16 is going viral on social media. In this video, Vicky Kaushal and Kiara Advani ask Archana Gautam that when Tina left the house, Archana only hugged Stan while leaving, decent Why not? After listening to Kiara Advani, Archana Gautam says, “Because Tina had hopes that Shaleen would press the buzzer, but she did not do so. Tina must have felt that 25 lakhs are dear to her, maybe because of this she would have left.” Also Read – Bigg Boss 16: Ankit Gupta out of the show because of Sajid Khan? Furious fans tore the director to pieces

And when Kiara Advani asks Archana Gautam what peacocks were flying in Shaleen’s mind? On this, Archana Gautam says, “I don’t know, maybe you want to become a hero, but you don’t know that instead of becoming Hori, you will become Zero. Even I did not know this.” All the contestants in the house start laughing after listening to Archana. Also Read – Bigg Boss 16: Not only Shaleen-MC Stan, Salman’s anger will explode on these contestants, will teach a lesson one by one

At the same time, in this promo video of Bigg Boss 16, Archana Gautam is also seen dedicating the song ‘Ban Gaya Kutta’ to Shaleen Bhanot. Big Boss People are commenting a lot on this new video and giving their feedback. While commenting, a user has praised Archana Gautam’s sense of humour.