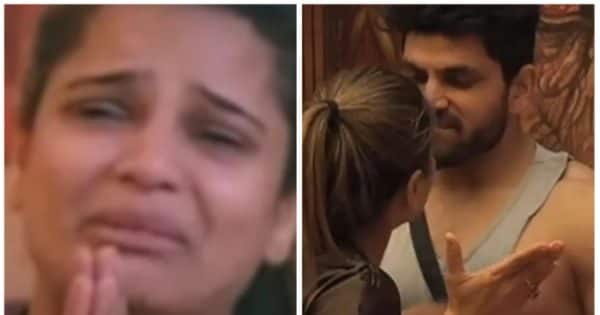 Archana Gautam and Shiv Thakre: In the recent episode of Bigg Boss 16, a video of Archana Gautam is becoming increasingly viral on social media, in which she is seen apologizing to Shiv Thackeray. Seeing this style of Archana, the hearts of the fans are broken.

Bigg Boss 16: bigg boss 16 The house has turned into a battlefield. In the last episode, there was a huge ruckus in the house. Archana Gautam and Shiv Thackeray were once again seen clashing with each other. During this, Archana’s mercury became so high that she grabbed Shiva’s throat. After this Shiva demanded that Archana should be thrown out of the house. At the same time, Bigg Boss also accepted Shiva’s decision as right and threw Archana out of the house. Hearing this decision of Bigg Boss, Archana Gautam was heartbroken and she started crying badly. At the same time, there was a wave of happiness from Abdu Rojic to Nimrit Kaur.

Actually, Archana became very emotional after hearing the decision of Bigg Boss and Shiv Thackeray. Archana cries and pleads apologizing to Bigg Boss and Shiva with folded hands. But Shiva did not listen to him. Now seeing this style of Archana, the hearts of her fans are broken. Fans are giving their reactions on social media regarding this. People believe that Archana should remain strong, she does not need to apologize to anyone. At the same time, some people are seen trolling Shiv Thackeray fiercely. Fans say that Archana was instigated by Shiva to commit violence.

Shiv Thackeray and Archana Gautam fought because of this

Let us tell you that Tina Dutta and Archana Gautam were fighting for tissue and sugar. Meanwhile Shiv Thackeray came and tried to jump into the fight. That’s when Shiva, supporting Tina, starts telling lies to Archana. During this, Shiva once again teases Archana by taking the name of the party and Didi. Hearing these words of Shiva, Archana gets furious and in anger she does things that she should never have done.