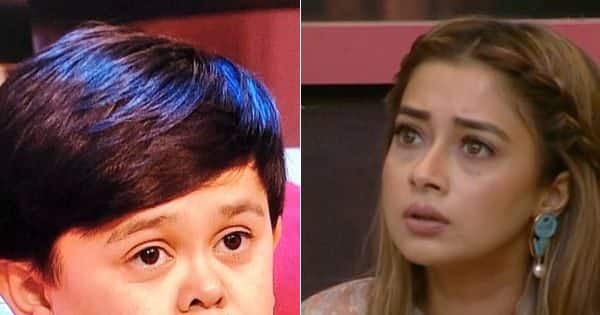 Bigg Boss 16: Bigg Boss house has got its new captain as soon as Gautam Vij steps down from the throne. This captain is none other than the cuteness shop Abdu Rojic, who has been mutually chosen by the previous captain himself.

Bigg Boss 16: Salman Khan’s banging show ‘Bigg Boss 16’ is entertaining people a lot. From Abdu Rojic’s cuteness to Priyanka Chahar Choudhary’s flamboyance in the show, the audience is very much liked by the audience. Last day in ‘Bigg Boss 16’ gautam vij (Gautam Vig) was removed from the throne of captaincy by Bigg Boss. There was happiness among many members after Gautam K stepped down from the post of Captain. But the special thing is that Bigg Boss 16 has got its new captain. This captain is none other than a shop of cuteness abdu rojic who have been selected by the previous Capt.

Entertainment According to reports in the corridor, ‘Bigg Boss 16’After the removal of Gautam Vij from the captain’s throne in Bigg Boss 16, the house needed another captain. At the same time, Bigg Boss also announced the task to hand over the command of the house to one, in which the ex-captain had to choose one. In such a situation, it is believed that Nimrit Kaur Ahluwalia, Archana Gautam, Gautam Vij and Shiv Thackeray have mutually decided to make Abdu Rojic the new captain of the house. However, in Bigg Boss, the contestants do not get things so easily. In such a situation, it is believed that even behind this, Bigg Boss has definitely done something wrong.

A promo video related to the captaincy task of ‘Bigg Boss 16’ has also been released. In the promo video, Tina Dutta was seen persuading Gautam Vij for the captaincy, while Abdu Rojic came to convince Nimrit Kaur Ahluwasia for his throne. But instead of supporting Tina, Gautam took a jibe at her and said, “Tina should come out on her own issues, and not take anyone else’s side.” Shaleen does not like this thing of Gautam and he starts abusing Gautam. To this Gautam also does not hold back from answering and says, “Abusing someone else.”