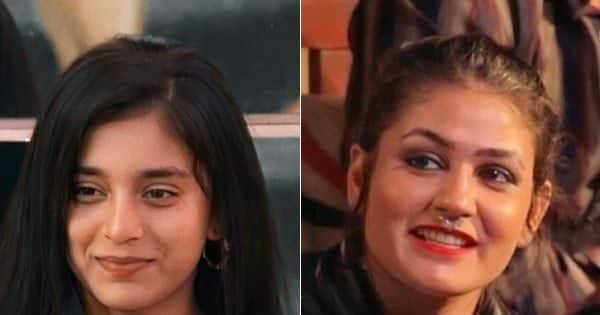 Bigg Boss 16: Gori Nagori’s leaf has been cut from Salman Khan’s banging show Bigg Boss 16. According to media reports, not Priyanka Chahar Chaudhary but Gori has been out of the show. Up fans are also commenting a lot about his eviction.

Bigg Boss 16: Salman Khan’s powerful and controversial show ‘Bigg Boss 16’ was in the news this week. a moment ago ‘Bigg Boss 16’ A promo video of (Bigg Boss 16) came, in which Salman Khan had named Priyanka Chahar Chaudhary and said that today she is going back home. But in the meantime another shocking news is coming out. the news is that Priyanka Chahar Chowdhary No, but Gori Nagori has become homeless. There has been a flood of tweets on social media regarding the eviction of Gori Nagori. Many users have commented on Sajid Khan and his eviction. Sumbul Tauqeer Khan He also took a dig at him and told the makers fiercely too.

let me know this week bigg boss 16 (Bigg Boss 16) in the nomination process Gori Nagori She got only one flower, from which she was nominated to be homeless. At the same time, media reports say that Gori Nagori has been shown the way out of the house by Salman Khan. People are also giving their opinion about his eviction. One user tweeted on Gori Nagori’s eviction and wrote, “If Gori Nagori is evicted from the house then only those who speak Sir Sir will be left in Bigg Boss.” On the other hand, another user took a dig at Sumbul Tauqeer Khan and the makers and wrote, “Wow Sumbul was saved again. The limit is reached.” (Also read: Bigg Boss: Viewers were not happy at all when these contestants were evicted, now questions raised on Priyanka’s eviction)

Strange Sajid survives, all good contestants being eliminated. And he mentioned Gori is going home. I hate that man. Hoping in time to come Priyanka will put him in his place as well

The reaction did not stop here when Gori Nagori was evicted from ‘Bigg Boss 16’. A user took a jibe at Sajid Khan and wrote, “Shocked that all the good contestants have been thrown out. Sajid also said that Gori is going home. I hate this man. That day.” Waiting for Priyanka to show Sajid in his place.” Describing Bigg Boss as biased, a user named Maryam wrote, “What a biased show yaar. Sumbul is not doing anything and still she remains in the show.”