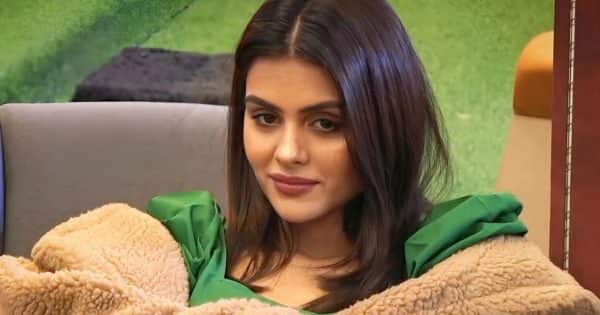 Bigg Boss 16: Priyanka Chahar Chaudhary is a strong contestant in Bigg Boss 16 and now a news related to Priyanka has come. According to a report, the makers have doubled the fee of the actress.

Bigg Boss 16: Controversial reality show of salman khan ‘Bigg Boss 16’ (Bigg Boss 16) has got its top 9. Sajid Khan After the eviction of Sajid Khan, Sreejita Dey and Abdu Rojik, there are now a total of 9 contestants left in the show, among whom there will be a battle for the trophy. on social media Priyanka Chahar Chowdhary (Priyanka Chahar Choudhary) and Shiv Thackeray (Shiv Thakare) a tough fight is going on. Some people are telling Priyanka as the winner while some are considering Shiv Thackeray as the winner. But in the meantime, a big news related to Priyanka Chahar Chowdhary has come to the fore, hearing which the fans of the actress will definitely be happy. But they will definitely get a shock. Also Read – Bigg Boss 16: These top 9 members have their eyes set on the trophy, will cross every limit to win

Actually, the fans of Bigg Boss know very well that every contestant who comes in this show is paid by the makers. Even in season 16, all the contestants are charging huge fees every week to the makers, including Priyanka. But after the extension, the actress has increased her fees. The show has been extended for four weeks and as per a report in Telly Chakkar, Priyanka has doubled her fee after the extension in Bigg Boss 16. She was earlier charging Rs 5 lakh per week, but after the extension, the actress’s fee has gone up to Rs 10 lakh. With this, Priyanka has become the highest paid contestant of Bigg Boss 16.

Will Priyanka Chahar Chowdhary become the winner of the show?

Ever since ‘Udariyaan’ fame Priyanka Chahar Chowdhary entered Bigg Boss 16’s house, the actress has been the talk of the town ever since. Priyanka has full support of the fans. She is playing alone in the show and the fans of Bibi House are liking this style of the actress. Public’s Priyanka often trends on Twitter. At the same time, Priyanka and Shiv’s fight is being seen in Bigg Boss house. Everyone wants to know who among these two takes home the trophy of the show. Also Read – Abdu Rojik made many revelations after coming out of Bigg Boss 16, said this about the contestants of the show