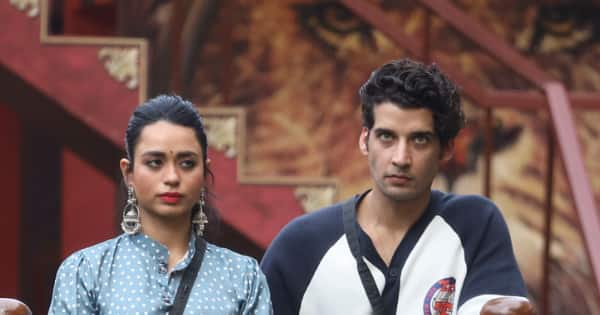 Bigg Boss 16 Contestant Gautam Vij Elimination: Actor Gautam Vij has been evicted from Salman Khan’s reality show Bigg Boss 16 house, due to which fans are lashing out at the makers on social media.

Fans Reacted on Gautam Vij Elimination: Salman Khan’s big bang show Bigg Boss 16 is attracting everyone’s attention these days due to its meaty twists and turns. The game of Bigg Boss 16 is progressing very fast. Every week one or the other member is being evicted from the house. All the stars are trying hard to survive in the show. With this, TV actor Gautam Vij has been evicted from Bigg Boss 16’s house this week. With the exit of Gautam Vij, Soundarya Sharma has changed her game. Fans have created an uproar on social media as soon as Bigg Boss 16 comes out of the house. Also Read – Exclusive! As soon as he came out of Bigg Boss 16, Gautam revealed Shaleen’s secret, also raised the curtain on his relationship with Soundarya.

Till now people felt that Tina Dutta would be out of the show but the makers Gautam Vij has been thrown out. Viewers are calling the makers of Bigg Boss 16 bias. A user lashed out and said that ‘Gautam has been harassed by the channel without any reason and has played with the actor’s feelings’. Gautam Vij has lost a lot by coming to Bigg Boss. Also Read – These contestants can take home the trophy of Bigg Boss 16, after the fans, the stars also claimed

Gautam outshined down of channel’s fav

The genuine one attracts audience’s heart.

Gautam sir’s game was better than rest of the contestants. Gautam Sir’s game was the best in Bigg Boss 16. He is stronger contestant in BB16. He deserves BB16 trophy. We want to see gautam sir back in bigg boss 16.
GAUTAM RULED BB #GautamSinghVig #BiggBoss16 #BB16 pic.twitter.com/O57svE3JRb

is real, his emotions are real that’s why he could never let go despite all the judgments & bias.

He was better than so many..
He was voted overwhelmingly
He had a game better than the guys he was nominated with..
He deserves a second chance #BringBackGautam #GautamSinghVig pic.twitter.com/rx41ypuDfa

Makers Convert This Smile Into Tear’s , To Much Baisedness ?.
To See Him Like This My Heart Is Broken?.

We are loving you #GautamSinghVig

And we’ll miss you.
come back as a wildcard #GautamVig#BringBackGautam pic.twitter.com/N3h8JJyw2E

It was difficult for Gautam Vij to live in Bigg Boss 16 house.

Significantly, Gautam Vij had to face criticism in Bigg Boss 16’s house. Gautam’s captaincy was questioned in the show. What happened was that Gautam had sacrificed the ration of all the family members to get the captaincy. Because of which the members of the house made it difficult for Gautam Vij to live in Bigg Boss house.