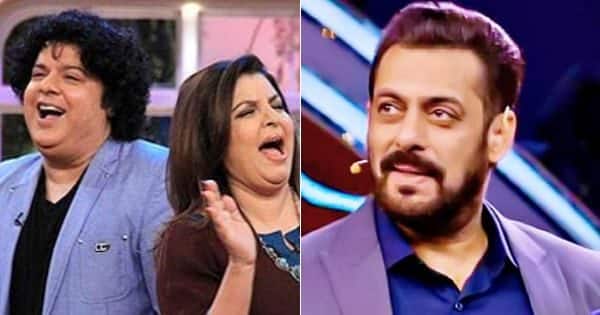 Bigg Boss 16: There has been a lot of ruckus since the entry of Sajid Khan in Bigg Boss 16. Many beauties of Bollywood and TV raised their voice against Sajid’s entry. In view of these things, now Farah Khan has sought help from Salman Khan for Sajid.

Bigg Boss 16: Bollywood actor Salman Khan’s banging show ‘Bigg Boss 16’ is making a lot of noise in the TV world these days. However, this time Bollywood director Sajid Khan is also seen as a contestant in the show, which the common people did not like at all. In fact, Sajid Khan has been accused of sexual exploitation by many Bollywood beauties, as well as the Delhi Commission for Women has also spoken about taking action against her. Sajid Khan People have even demanded to be removed from ‘Bigg Boss 16’. In view of all these things, it is being told that now farah khan Has appealed to Salman Khan for brother’s help.

‘Bigg Boss 16’Sajid Khan has been on the target of people since his entry in Bigg Boss 16. Not only is it being said on social media that Sajid Khan should be fired. Rather, Bollywood beauties are constantly coming and revealing something new related to Sajid. In such a situation, Farah Khan has requested Salman Khan to help her brother in the show. Let us tell you that the bonding of Salman Khan and Farah Khan is very good. But sources related to ‘Bigg Boss 16’ say that Salman Khan has Sajid He has taken his own decision regarding this.

A source associated with ‘Bigg Boss 16’ told that Salman Khan has also agreed to remove Sajid Khan from the show. Salman Khan has agreed to take out Sajid by next week. But Salman’s special friend told during a conversation with the media that at this time Bhaijaan is stuck in the middle of the middle. Because while on one hand the public is demanding him to take Sajid out of the show, Farah Khan is pleading for help from ‘Bhaijaan’.

This contestant was evicted from ‘Bigg Boss 16’

Let us tell you that Sreejita Dey got evicted from the show last week. Sreejita Dey became the first contestant to emerge from ‘Bigg Boss 16’. However, people were not very happy with his eviction.