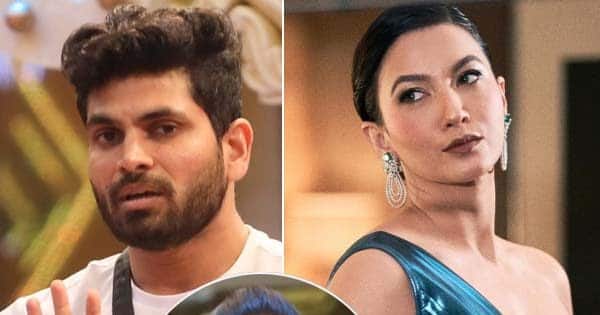 The latest episode of Colors channel’s controversial reality show Bigg Boss 16 created a lot of ruckus. The dispute over the tissue paper increased so much that the family members lost their sleepless nights. Actually, Archana Gautam stole some items from the common ration one by one and kept them in the kitchen. With this, he kept some boxes of tissue with him. Tina Dutta, who was working in the kitchen, slowly started making an issue about it and Shiv Thackeray provoked Archana Gautam by hitting a four on the spot. After this, in anger, Archana Gautam grabbed Shiv Thackeray’s throat. After this fight, there has been a tremendous uproar on social media. All the people are seen favoring Archana. So at the same time some people are telling them wrong too. Gauahar Khan, who was the winner of Bigg Boss 7, has put forward her opinion in favor of Archana.

Gauahar Khan has made many back to back tweets on Twitter. In his first tweet, he has written, ‘Didi just to speak? Was it not a plan to provoke?’ In his second tweet, he has written, ‘It is wrong to hold someone’s throat. Very wrong and should be punished for it. But may I ask that when it is wrong to speak about caste, sect and class, it is not wrong to repeatedly toss the name of a leader of a national party? Who is Didi Didi?’ (Also read: These stars came out in support of Archana Gautam, out of Bigg Boss 16)

In the third tweet, Gauahar Khan has written, ‘Archana is physical, she should definitely be out. Being violent is not aloud. I wish something similar happened in the old season as well. Let us tell you that Gauhar Khan did not stop here. He also did the next tweet for Archana Gautam only. In this tweet, Gauhar Khan has written, ‘Planning started from the night. Shiva succeeded. Archana gave him what he needed. crazy girl. Because of that, she became a provocateur.

Archana got physical , must be eliminated….. absolutely. Getting physical should not be allowed . Just wish it was followed in the last few seasons alike. , #facts

What was the whole matter after all?

Please tell that Tina Dutta and Archana Gautam were fighting for tissue and sugar. Meanwhile Shiv Thackeray came and tried to jump into the fight. Shortly before this, Archana Gautam had legally explained to Shiva that he should not say anything about his party and didi. Shiva agreed, but after some time he started teasing Archana for these reasons. Archana was shocked here and did what she should not have done.