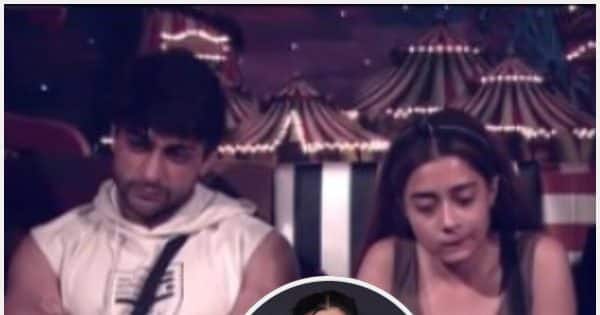 Bigg Boss 16 Promo Video: TV serial actress Gauahar Khan is a die hard fan of Salman Khan’s TV reality show Bigg Boss 16. She watches every season very keenly. Along with this, the actress also keeps a close watch on the episodes of each season. After the show, the actress does not forget to give her opinion on the right and wrong things that happened in the episodes shown. Actress Gauhar Khan shares her opinion with the fans on every episode of Bigg Boss through her tweets. Many times, the actress has badly torn apart the contestants on social media. Now recently, while commenting on a promo video to be shown today, actress Gauhar Khan’s anger has flared up on Bigg Boss 16 contestant Tina Dutta. Also Read – Bigg Boss 16 Top 5 Contestants 7th Week: Tina Dutta left out of the list, these members changed the game

Sharing this promo of the upcoming episode, the makers of Bigg Boss have shown how actress Tina Dutta, Shaleen Bhanot and MC Stan will fight. Big Boss In front of them both will be blamed. This blunt attitude of the actress will break the heart of her friend Shaleen Bhanot. Shaleen Bhanot, after which he will lash out at Tina Dutta. Also, he will be seen breaking down badly in the show. Commenting on this promo video, the actress Gauhar Khan wrote, ‘Bull crap… Tina kept her eyes closed due to pain. But has she closed her mind and ears as well? You can see this comment of actress Gauhar Khan on this promo video. Also Read – Bigg Boss 16: Tina Dutta confronts Sumbul Taukeer because of Shaleen, angrily said- ‘You are between me and her…’ 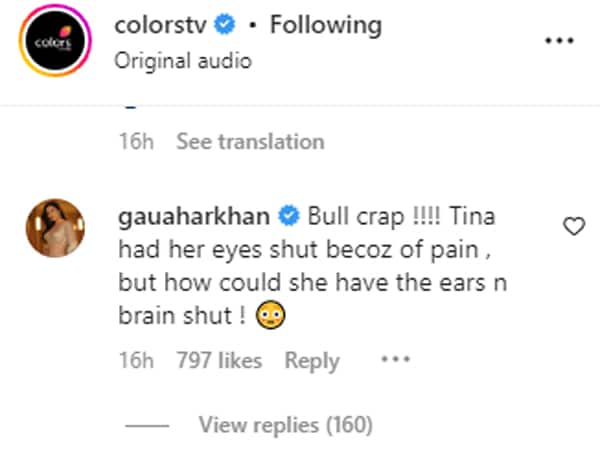 Also Read – Gautam Vij will create panic by hitting wild card entry in Bigg Boss 16? Discussion intensified on the names of these stars as well