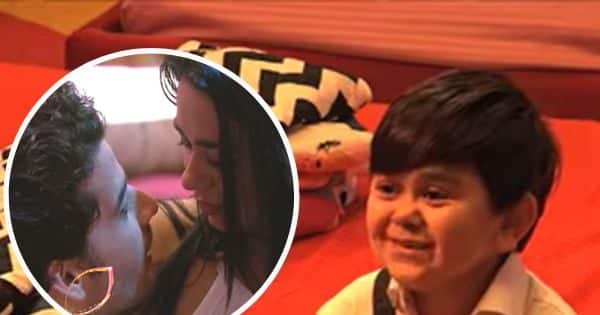 Bigg Boss 16: A promo video of Bigg Boss 16 is going viral on social media, in which Soundarya Sharma and Gautam Vij are seen falling in love with each other. So there Abdu Rojic and Shiv Thackeray left no stone unturned to ridicule him.

Abdu became Soundarya then Shiva adopted the role of Gautam

Entertainment In the promo video of ‘Bigg Boss 16’, it will be shown further that Abdu Rojic becomes Soundarya Sharma and goes and sits on Shiv Thackeray’s lap. At the same time, Shiv Thackeray also acts as Gautam Vij. Abdu Rojic and Shiv Thackeray call each other baby-baby in a bid to mimic. While taking a jibe at the matter, Abdu Rojic further says, “My father-mother seeing (My parents are watching the show).”

Fans comment on the promo video of Bigg Boss 16

Fans are also commenting a lot on the promo video of ‘Bigg Boss 16’. While one user called Gautham and Soundarya ‘Ishaan Maisha 2.0’, another user took a jibe at the show and wrote, “Yaar hadd hai. Family show was probably this, now it’s just a romance show. TRP is right. increase the.”