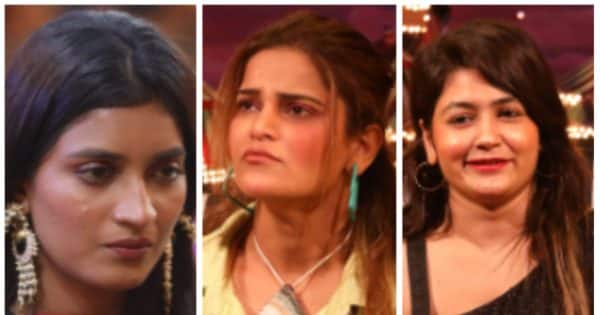 Bigg Boss 16 update: In the recent episode, Gori Nagori and Manya Singh broke all the rules of the house, on which Archana Gautam got furious. He said such a thing about Ghori and Manya, which you will also be stunned to hear.

In the house of Bigg Boss 16, there is a ruckus between the contestants. Everyone seems to be fighting with each other. Recently Archana Gautam has become the new captain of the house. As soon as Archana Gautam took over as the captain, all the members of the house from Gori Nagori to Manya Singh came out in revolt. Where Gori Nagori was seen stealing from Archana’s room. On the other hand, Manya refused to do household chores, after which there was a fierce fight between the two.

In the recent episode, Archana Gautam goes to Manya Singh’s room and asks her to work. During this, Manya sleeps on her bed and refuses to work, after which Archana Singh’s mercury becomes high. When Manya does not work, she tells him that ‘this is your culture.’ After this, Sumbul Tauqeer comes between the two and asks Manya why are you not working, what is the problem. After this, rust breaks out in the whole house.

At the same time, in the last episode, Gori Nagori had crossed all limits. He broke all the rules of the house. He continuously stole from her room in front of Archana but also threatened to kill her with dumbbells, both of which used wrong words for each other. This thing was not liked by the show’s host Karan Johar at all, he reprimanded Gori Nagori in his own style. Let us inform that these days Karan Johar is seen as a host in place of Salman Khan. According to media reports, Salman Khan has got dengue, due to which he is unable to host Bigg Boss.