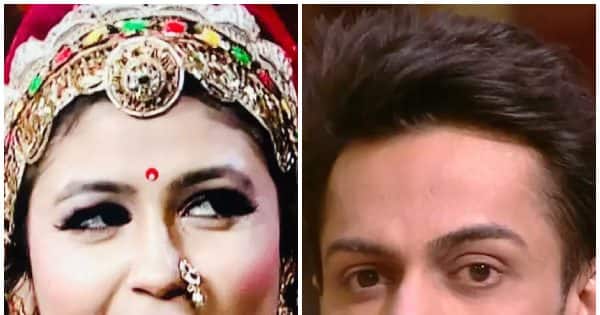 Bigg Boss 16 star Gori Nagori calls Shalin Bhanot girgit: In the TV reality show Bigg Boss 16 to be aired on Colors TV, Shakira aka Gori Nagori of Haryana was thrown out of the house last week. After this, Gori Nagori spoke to the media as soon as she became homeless. After which Gori Nagori talked a lot about the family members and their game. Talking to the media, Haryanvi dancer Gori Nagori described Tina Dutta and Nimrit Kaur Ahluwalia as attention seekers. While Shaleen Bhanot has also been described by Gauri Nagori as a chameleon.

Gauri Nagori Talking to the media said, ‘Tina and Nimrit Kaur Ahluwalia are attention seekers. Those who always want that whatever they do, they just appear in the show and they are not honest or trustworthy at all. Shaleen is just like a chameleon. Who uses only Tina and Sumbul. It changes its color according to the situation. Sometimes romantic and sometimes angry.

Gori Nagori spews poison against Sajid and Shiva too

not only this, bigg boss 16 Evicted member Gori Nagori has also spewed venom against Shiv Thackeray and Sajid Khan, his friends on the show as soon as he left the house. Gori Nagori said, ‘Shiv Thackeray and Sajid Khan used me as a vote bank. I think Shiva was using us. For him or Sajid sir we are just like vote bank. If you called us friends, would you behave like this? But he always let us down.

‘Shiva was also guilty in the battle of Archana Gautam’

Not only this, while talking about the fight between Archana Gautam and Shiv Thackeray in Big Buzz, Archana Gautam said, ‘Shiv was not completely right in the fight with Archana Gautam. He used to provoke her a lot and everyone took advantage of this fight to their advantage. Shiv and I were friends and I wanted him to win. But we also had differences and we also did not talk to each other many times.