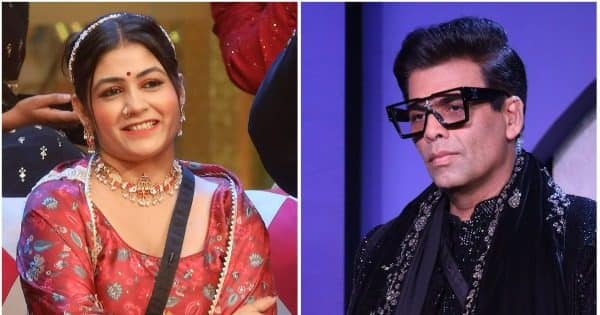 Karan Johar slams Gori Nogori: This time on ‘Weekend Ka Vaar’, Karan Johar appeared in place of Salman Khan. During this, Karan Johar reprimanded all the members. However, most of all, Karan took the class of Gori Nagori.

The viewers of Bigg Boss 16 were eagerly waiting for this week’s Weekend Ka Vaar. In yesterday’s episode, Karan Johar appeared in place of Salman Khan and one by one all the family members were fiercely classed. Actually, Archana Gautam has been breaking many rules of the house since the beginning. In such a situation, Bigg Boss made him the captain of the house so that he would understand how many difficulties arise as soon as he gets this responsibility. As soon as Archana Gautam assumed her responsibility as the captain, almost all the members of the house came out in revolt. From Gori Nagori to Nimrit Ahluwalia, Abdu Rojic and Manya Singh kept many rules at home. On this matter, Karan Johar also took a class of all the contestants fiercely. However, Gori Nagori got the most scolding.

Karan Johar clearly said that Gori Nagori crossed the limit and took out personal enmity with Archana Gautam. In fact, Gori Nagori not only stole from Archana Gautam’s room but also threatened to kill her with a dumbbell. This thing went to Karan Johar and he tried to bring Gori Nagori on track in the style of Salman Khan. Even Karan gave Gori Nagori the option to leave the show. After some time, Gori Nagori realized her mistake and instead of leaving the show, she considered it better to apologize.

Karan Johar worked hard to make the last episode entertaining but many people found his style boring. Many people on social media are calling the last episode of Bigg Boss 16 (22 October Episode) boring. One user wrote on Twitter, ‘Karan Johar does not have the same thing as Salman Khan.’ Another user wrote, ‘Karan Johar curdled the brain.’ For the time being, now everyone’s eyes are fixed on who is going to be evicted from Bigg Boss house this time?