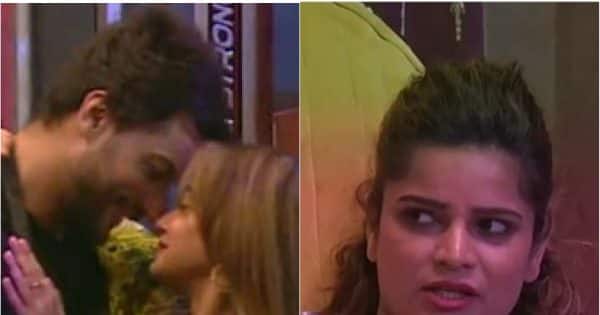 Bigg Boss Contestants On Shalin And Tina Love Story: Gossip has started in Bigg Boss house regarding Shalin Bhanot and Tina’s love story. From Nimrit to Shiv Thackeray and Archana are also calling their love just a show off. Watch the video here-

Bigg Boss 16: These days a lot of explosion is being seen in the Bigg Boss house. Shalin Bhanot and Tina Dutta’s romance in the show is making a lot of headlines. Both of them have expressed their love in Bigg Boss house. However, till now Bigg Boss contestants along with the audience have started calling Tina and Shaleen’s relationship fake in the show. Big Boss There is a lot of gossip going on in the house regarding Shaleen and Tina’s relationship. Recently a new promo of the show has surfaced, in which from Nimrit Kaur and Shiv Thakare to Archana and Soundarya are also discussing the relationship between Shaleen and Tina Dutta. Also Read – Bigg Boss 16: Gautam Vij told this contestant the winner of Salman Khan’s show, know his name [Exclusive]

It can be seen in the video that first Shiv Thackeray and Nimrit Kaur are talking about Shaleen and Tina’s relationship. Shiv is saying, “Tina will sometimes stay here, sometimes she will stay with Shaleen.” After listening to Shiv, Nimrit says that I also do not understand that when these people have a fight, they say very wrong things about each other. Even both question each other’s character. Wherein Shiva says, “You have something in your heart and something on your face. If there is love, embrace it fully.”

It can be seen in the video that Soundarya is talking about the relationship between Tina and Shaleen. Archana Asks whether it is true or false? So on this Archana says, “It is a lie. It is just for the game. She is a very smart girl. She does not even allow such a person to wander back and forth. She is fooling the world that our love is going on. But Neither does this nor does that, neither does.” After listening to Archana, Soundarya asks if you say that she is fake? So Archana says on this that there is no need to speak. Also Read – Bigg Boss 16: Bigg Boss house was full of controversies this week, from Shaleen-Tina’s fight to Gautam’s elimination.

This promo video of Bigg Boss 16 is becoming increasingly viral on the internet. Sharing this video, it is written in the caption, “Gossip about Tina and Shaleen’s relationship is happening in the house. Do you think their bond is fake?”