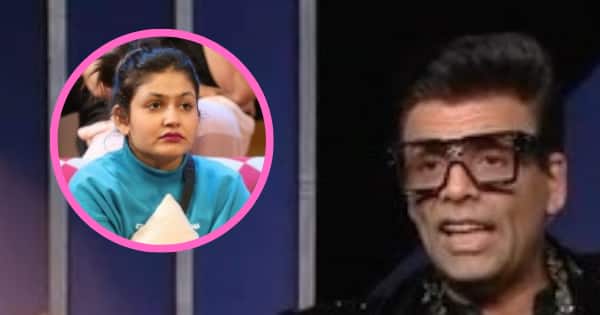 Karan Johar Bigg Boss 16 New Update: In the TV show Bigg Boss 16, Karan Johar took a class in Gori Nagori’s style of Salman Khan as soon as he came. A video related to this is becoming fiercely viral.

Filmmaker to replace Bollywood superstar Salman Khan in this week’s ‘Weekend Ka Vaar’ Karan Johar Appeared. Karan Johar created a ruckus in the show as soon as he came and immediately put a class of contestants in the attitude of Salman Khan. Recently a video related to this has surfaced, in which Karan Johar Gori Nagori Looks like a class. It can be seen in the video that Karan Johar is seen scolding Gori Nagauri. Archana and Gori are seen questioning about the dispute between Nagori. Apart from Karan Johar, the most discussed contestant Abdu Rojic is also seen in the video.

Because of this Salman Khan is not hosting the show

Bollywood superstar Salman Khan has got dengue, due to which he is not hosting the show. Along with this, Salman Khan has left the shooting of his film ‘Kisi Ka Bhai Kisi Ki Jaan’ in the middle. What is your opinion about Gori Nagori and Archana Gautam, do tell by commenting.