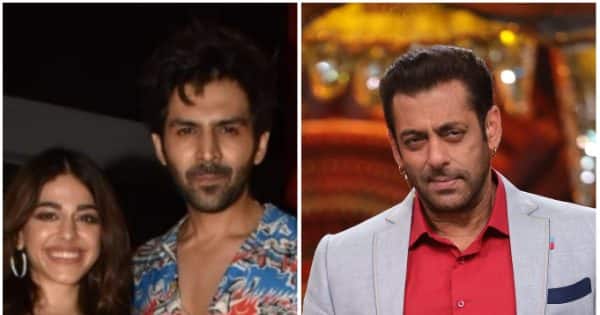 Bigg Boss 16 Update: Everyday something new is being seen in Salman Khan’s explosive reality show Bigg Boss 16. Recently Golden Boys Sunny and Bunty have taken wild card entry in this show. The atmosphere of the house has changed as soon as these two come. In the recent episode, there was once again a ruckus in Bigg Boss house regarding ration. Archana Gautam and Shiv Thackeray clashed because of a ‘roti’. Some time ago a promo of this show has surfaced, in which Shaleen Bhanot and Tina Dutta are seen sharing their heart to each other. In the clip, both are showering love on each other fiercely. A report related to this show has come out, in which it has been told that this time on Weekend Ka Vaar, Karthik Aryan and Alaya Furniturewala are going to rock with Salman Khan. Also Read – Drishyam 2 Box Office Collection Day 18: Ajay’s ‘Drishyam 2’ overtakes Karthik’s ‘Bhool Bhulaiyaa 2’, see figures

Karthik and Alaya will promote Freddy

Bigg Boss_Tak shared a post updating his Twitter account. According to the post, on this weekend’s Vaar, Kartik Aaryan and Alaya Furniturewala will be seen promoting their film Freddy on Salman Khan’s show Bigg Boss 16. However, no official statement has been revealed regarding this till now. Even before this, many stars have promoted their films on the sets of Bigg Boss. Recently Varun Dhawan and Kriti Sanon came to Bigg Boss house to promote their film Bhediya. Also Read – Karthik Aryan breaks his silence on Phir Hera Pheri 3

Sometime back, a promo of Bigg Boss 16 has surfaced, in which Ankit Gupta is seen reprimanding Nimrit Kaur. In the clip, Nimrit is ranking based on the contribution of the family members. During this, Nimrit gave 11th rank to Ankit. After this Ankit turns red with anger. He said, ‘If I don’t do anything and am here till the ninth week, then it is a slap on the face of all of you.’ At the same time, after watching this promo, the fans are eagerly waiting for the upcoming episode.