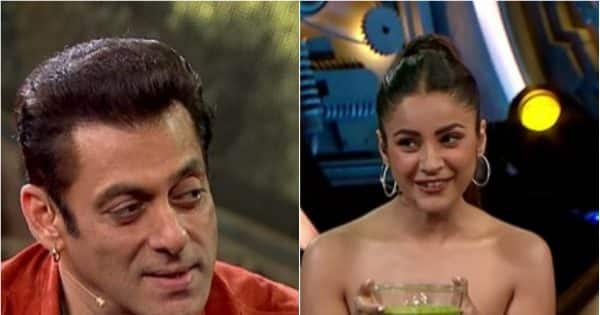 Shehnaaz Gill In Bigg Boss 16: These days a lot of uproar is being seen in TV’s famous reality show ‘Bigg Boss 16’. Amidst the ongoing uproar in the Bigg Boss house, Katrina Kaif i.e. Shahnaz Gill of Punjab reached Salman Khan’s show and during this she had a lot of fun with the actor. Now a new promo video of Bigg Boss 16 has surfaced, in which Shahnaz Gill She is seen making halwa with love for Salman Khan. In the video, Salman and Shahnaz together are recreating a scene from the film ‘Hum Aapke Hain Koun’. Also Read – This contestant of Bigg Boss 16 will become Ekta Kapoor’s new Naagin, makers started talks!

Shahnaz fed Salman halwa with her own hands

While Tina Dutta’s return to the Bigg Boss house after her eviction has created a stir in Salman Khan’s show, on the other hand, Shaleen Bhanot’s real face has come to the fore. In such a situation, the audience is getting to see a new spice in the show. Let us tell you that this week MC Stan was evicted from the Bigg Boss house. Also Read – Will Priyanka Chahar Chowdhary be the winner of Bigg Boss 16? Fans got excited after seeing this picture surfaced