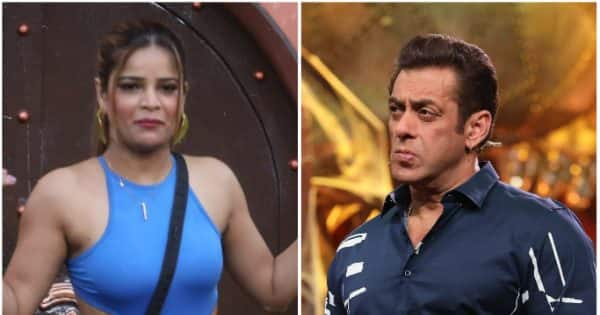 Archana Gautam’s comeback in Bigg Boss 16: The house of Bigg Boss 16 now seems to be turning into an arena. Day by day the contestants are fighting fiercely with each other. Salman Khan’s reality show garnered limelight fiercely throughout the day and the reason behind it was Archana Gautam. Actually Shiv Kothari tried to provoke Archana a lot. After this, in anger, Archana Gautam behaved violently with him. Due to which the makers decided to throw Archana Gautam out of the show. Let us tell you that the makers will show this fight in the next episode. At present, there is a demand for the return of Archana Gautam on social media. Meanwhile, a new update has also surfaced, hearing which Archana Gautam’s fans are not going to be happy.

A latest tweet has been made on the Twitter handle named Bigg Boss till the return of Archana Gautam. It is written in this tweet that Archana has apologized for her actions. In tomorrow’s shoot, the makers and the channel can take a decision regarding the return of Archana. With this, it is further written in this tweet that according to sources, Archana will be recalled soon in Bigg Boss 16 as she gives more content for the show. (Also read- Bigg Boss 16: These 3 members were nominated to be evicted from the house, Abdu Rojic struck on the spot)

BREAKING! Latest i heard from the set is that, Archana has been proficiently apologizing for her actions. In tomorrow’s shoot, the makers & channel will make a call on her comeback.

Source say Archana will be soon brought back to #BB16 as she gives content to the show.

Let us tell you that in the latest episode of Bigg Boss 16, there was a ruckus between Sajid Khan and Gori Nagori. Sajid Khan was seen making a ruckus about Gori Nagori’s profession in a wrong way and Archana Gautam. Although Sajid appeared wrong in his place, Archana Gautam was seen pulling the hair of the hair. Here Bigg Boss should have said both wrong but it did not happen. After all, Bigg Boss was repeatedly seen blaming Archana Gautam only. So many people on social media Big Boss’s son-in-law to Sajid Khan Looks like saying. There are many such tweets in which people are telling Sajid Khan fiercely. With this, Shiv Thackeray, MC Stan and Abdu Rojic have also come under wraps.