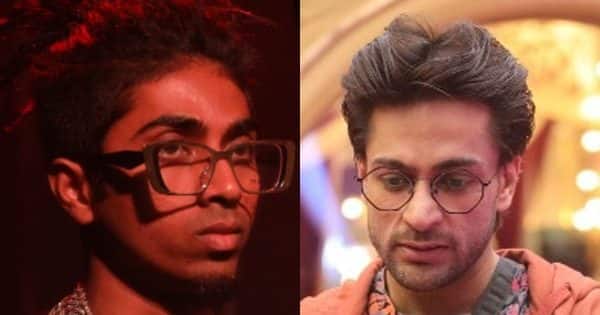 Bigg Boss 16: In Bigg Boss 16, the tension between Shaleen Bhanot and MC Stan is increasing. In the last episode, MC Stan threatened to lift Shaleen, after which he is being trolled on Twitter.

Bigg Boss 16 Contestant MC Stan Troll: Controversial reality show on TV ‘Bigg Boss 16’ In Bigg Boss 16, fighting continues between the contestants. All the stars seen in this show remain in the discussion due to more quarrels than their game. mc stan (MC Stan) is rarely seen talking in the house but whenever he flares up on someone, his fight reaches a high level. In the last episode he and Shaleen Bhanot (Shalin Bhanot) fiercely fought. During this, MC Stan threatened to pick up Shaleen from the house, after which Stan is now being trolled on Twitter. Many people have called MC Stan dangerous while some have also talked about taking action against Stan. Also Read – Bigg Boss 16: ‘Can’t live without boys… broke many people’s houses’, Sreejita spews venom against Tina Dutta

MC Steyn came under the target of people

In fact, in the nomination task, MC Steyn Tina Dutta Nominated Tina Dutta, after which debate started between Shaleen and MC Stan. During this both of them abused each other. At the same time, the matter had reached a scuffle. In this fight, MC Stan told Shaleen to stay in Mumbai and also said that he would pick her up from home. This threat of MC Stan is now seen to be overshadowing him. He is being trolled badly on Twitter. Some users say that Stan is the most dangerous and violent contestant of this season, against whom action needs to be taken. Even after repeated warnings, he is seen openly threatening. Also Read – Viewers were stunned to see these 10 cat fights of Bigg Boss, female contestants humiliated each other fiercely

What the hell is this. #McStan overtly threatening #ShalinBhanot, He said, “This is serious.” #BiggBoss16, Evict him asap. What are you promoting.
Video Courtesy – Voot, ColorsTv and Endemol Shine. pic.twitter.com/twzUefqSXR

One user wrote, ‘Salman Khan was angry with Zubair in BB11 when he threatened to throw Arshi Khan out but I doubt if he will be angry with MC Stan.’ Another user wrote, ‘What is this? MC Stan openly threatening Shaleen. He said that you have to live in Mumbai, I will pick you up from home, this is serious. Get him out as soon as possible. Let us tell you that this week in Bigg Boss 16, Tina Dutta, Ankit Gupta, Sreejita Dey and Vikas Manaktala are stuck in the nomination. Also Read – Vijay Vikram, the voice of Bigg Boss entered the house of Bigg Boss 16, what will happen to the contestants now?

Who are you supporting in today’s fight?

stan is violent contestant in house. He’s comin’ on #ShalinBhanot wid intent to hu®t 2nd tym. Today too, he’s doing the same
He was warned by @BiggBoss and Salman weeks ago for the same thing but ?ki tail tedhi hi rahegi
I will not see
Shame on #mcstan,pic.twitter.com/U0iGAI5mc3