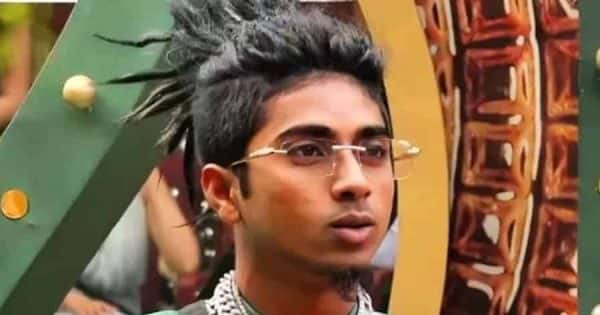 MC Stan In Bigg Boss 16: In Bigg Boss 16, MC Stan while disclosing his love story with Buba told that he had reached girlfriend Buba’s house with 40 people with his marriage proposal.

Bigg Boss 16: TV’s famous reality show ‘Bigg Boss’ has been in a lot of headlines these days. Due to the return of Tina Dutta in the show, there is a fierce battle among the family members. Now meanwhile, a new promo video of Bigg Boss 16 has surfaced, in which famous rapper MC Stan is seen telling Priyanka and Ankit a funny story related to their girlfriend Buba. In fact, in the latest episode of Bigg Boss, MC Stan spoke openly about his relationship with Buba, as well as how he had threatened his girlfriend’s family that he would take Buba away. Also Read – No one can evict Sajid Khan from Bigg Boss 16, this big deal has been made with the makers!

This new promo video of Bigg Boss 16 is becoming increasingly viral on the internet. In this video, Priyanka (Priyanka Chahar Chaudhary) asks Stan if Buba’s parents know about their love story? on which Stan It is said that he had reached girlfriend’s house with 40 people to talk to Buba’s parents. In the video, the rapper is saying, “I went to his house with 40-50 people to get a relationship. I told his parents either get the relationship done with respect or else I will drive him away.” Also Read – Sajid Khan’s troupe broken due to Soundarya Sharma’s bet in Bigg Boss 16? Now a new ruckus will start in the house

Along with this, MC Stan told that after this incident things had become very bad between him and Buba. But now everything is fine between them. bigg boss 16 People are commenting a lot on this promo video. Also Read – In Bigg Boss 16, there will be a big twist in eviction this week too, no one will be evicted from the house? know the reason

Let us tell you that this week there was a lot of uproar in Bigg Boss. While Shaleen Bhanot and Tina Dutta had a heated argument, Sumbul has now become the new captain of the house.