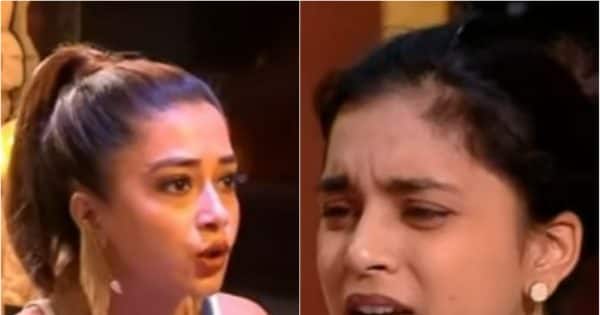 Bigg Boss 16 New Promo Video: These days a lot of uproar is being seen in Salman Khan’s big bang reality show Bigg Boss 16. In the last episode of the show, there was no eviction, yet Abdu Rojik was evicted from the house. The family members as well as the fans were deeply saddened by Abdu Rozik’s exit from the Bigg Boss house. But a big bang will be seen in the new episode of the show. In fact, there will once again be a fight between Sumbul Touqueer Khan and Tina Dutta in the Bigg Boss house. A new promo of Bigg Boss 16 has surfaced, in which Sumbul and Tina Dutta (Tina Datta) are seen fighting among themselves. Also Read – Bigg Boss 16: Is the relationship of these family members scripted in the show? Contestants exposed each other’s secrets in front of Salman

In this new promo video of Bigg Boss 16, it can be seen that Tina Dutta and sumbul tauqeer khan There is a fight between them over chocolate. Meanwhile, Tina scolds Sumbul a lot. Earlier in the video, Sumbul tells Tina, “I have got only two packets of chocolates in the entire captaincy.” Tina Dutta gets angry after listening to Sumbul and says, “Thefts have been going on for three weeks and after that the captain himself is saying go and steal.” After listening to Tina, Sumbul says that I am afraid of you? To which Tina says, “Scared or not, go to your house and do it, don’t talk to me in a loud voice. Understood.” Also Read – Bigg Boss 16: Ankit Gupta out of the show because of Sajid Khan? Furious fans tore the director to pieces

#TinaDatta you are the one fair??
R.I.P. #dumb you are very dumb
Go tina ❤️ https://t.co/4MWlZCEFip