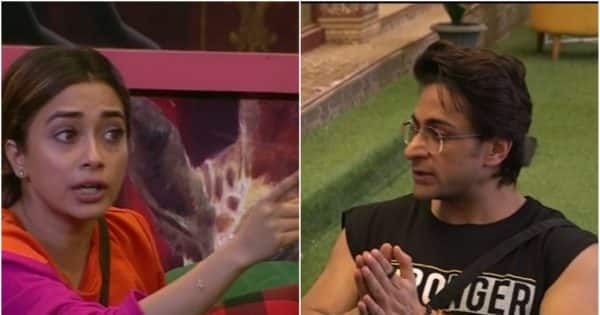 Shalin Bhanot And Tina Dutta Fight In Bigg Boss 16 New Promo Video: A new promo video of Bigg Boss 16 is coming out, in which Shalin and Tina are seen fighting over their relationship. In the video, Tina is giving an open challenge to Shaleen.

Bigg Boss 16 New Promo Video: In TV’s most controversial show ‘Bigg Boss 16’, there is a lot of uproar these days. Where on one side Sreejita Dey, Abdu Rozik and Sajid Khan have become homeless. At the same time, a fierce battle is being seen between Tina Dutta and Shaleen Bhanot. Now a new promo video of Bigg Boss is going viral on social media. In this video, Tina and Shaleen are seen fighting over their relationship. The video has been shared by the Instagram handle of Color TV. Also Read – Bigg Boss 16: Bigg Boss makers succumbed to Priyanka’s fan following, doubled the fees in one stroke

In this video, Shaleen Bhanot is telling Tina Dutta that whatever question is being raised on you in the show, it is because you are confusing me. In the video, Shaleen is also saying that if there is confusion in someone’s relationship, then he has no future. bigg boss 16 In this new promo, the actor is saying, “Shaleen and Tina who were are no more, so I am not interested in talking about them.” Also Read – Bigg Boss 16: Sajid Khan met Abdu Rojik as soon as he came out of the show, both had a lot of fun with Farah

People are commenting a lot on this new promo video of Bigg Boss 16 and giving their feedback. Commenting on this, a user wrote, “Priyanka sister why are you listening man. Do your work, don’t go and you are lying in a wasteland.” So there another user wrote, “Shalin does a lot of evil behind Tina’s back and becomes innocent in front.”