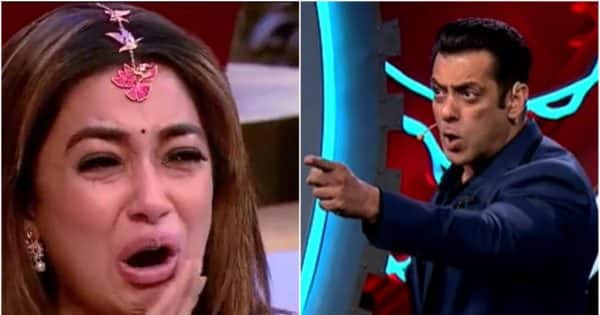 In this video Salman Khan in front of Shalin Bhanot Tina Dutta Revealing the secrets of Tina Datta, she is telling that Priyanka, Tina told you that Shaleen has asked me such things which you will be shocked to hear. In the video, Salman Khan is scolding Tina saying, “She kept these things under wraps for 15 weeks, when everything was fine. But now when she is not fine, she opened them and neither Tina kept any limit.” In the video, Tina Dutta is seen crying bitterly after listening to Salman Khan. Also Read – Tina Dutta got a new TV show even before the finale of Bigg Boss 16, entry will be in this serial !!

bigg boss 16 After this promo video went viral, the audience is also criticizing Tina Dutta. One user commented, “What you do comes back to you.” So another user wrote, “I am not a fan of Subul, but finally he got justice.” Also Read – Pathaan: Why Shahrukh Khan will not promote the movie Pathan in ‘Bigg Boss 16’?

Shalin Bhanot asked Tina the brand of her undergarments

Let us tell you that in the initial weeks of Bigg Boss, Shaleen Bhanot had asked Tina Dutta the brand name of her undergarments. Tina recently mentioned this with Priyanka. Although Tina Dutta’s incident with Priyanka did not go down well with the audience as well as Salman Khan.