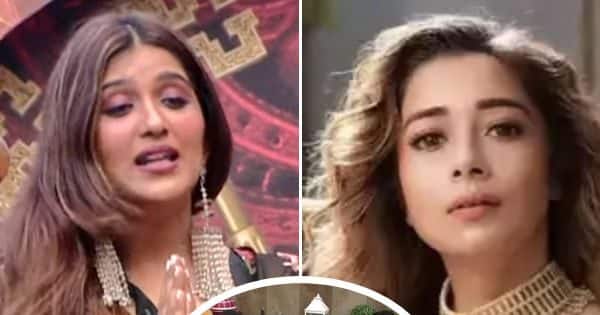 Bigg Boss 16: A video of ‘Bigg Boss 16’ has surfaced, in which it is shown that Bigg Boss has given the responsibility of nominating either Gautam Vij and Shaleen Bhanot to Tina Dutta and Nimrit Kaur Ahluwalia. But the mutual agreement of both could not be reached and they started fighting among themselves.

Bigg Boss 16: On the previous day in Salman Khan’s show ‘Bigg Boss 16’, the contestants celebrated Diwali with Karan Johar and Shekhar Suman. But in the meantime Miss India was the runner up Manya Singh (Manya Singh) had to leave the house and come. At the same time, this week’s nomination process is also going to start. recently ‘Bigg Boss 16’ A video has surfaced, in which it is shown that Bigg Boss has given the responsibility of nominating either Gautam Vij and Shaleen Bhanot to Tina Dutta and Nimrit Kaur Ahluwalia. But the mutual agreement of both could not be reached and they started fighting among themselves. This promo video related to ‘Bigg Boss 16’ is making a lot of headlines.

‘Bigg Boss 16’ In the promo video of Bigg Boss 16, it was seen that Nimrit Kaur Ahluwalia and Tina Dutta Gautam Vij and Shaleen Bhanot were present in front of (Tina Datta). Both had to please their co-contestants so that they do not nominate them. To avoid nomination, Gautam told Nimrit and Tina, “I am not playing any game with anyone. Shaleen is someone else in front and someone else behind back. People have also said that Shaleen is a fake.” While keeping his point, Shaleen said, “My honesty has not changed with anyone.”

After listening to Gautam Vij’s talk, Tina Dutta replied, “The audience has called you fake, not Shaleen.” At the same time, when it came to mutual consent, Tina and Nimrit fought among themselves. Nimrit said that Shaleen is strong and Gautam does not feel like this. At the same time, Tina said that Shaleen has been getting nominated for two weeks. They too need a chance.

Ankit Gupta can be nominated

Entertainment According to the promo video of the packed show ‘Bigg Boss 16’, Ankit Gupta and Nimrit Kaur Ahluwalia had to impress Abdu Rojic and Sajid Khan, so that they nominate one of them and save the other. After watching this promo video people are speculating that this week Ankit Gupta will be nominated as Abdu will save Nimrit Kaur Ahluwalia.