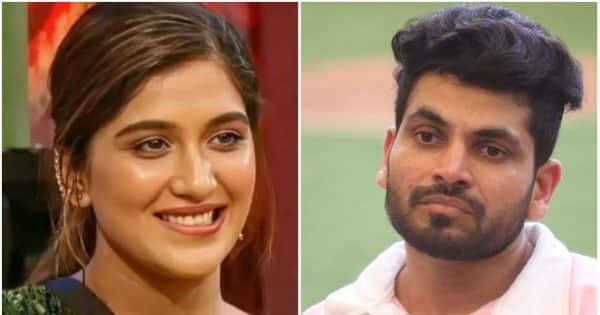 Bigg Boss 16 Update: TV’s most explosive and controversial reality show bigg boss 16 In today’s Weekend Ka Vaar Salman Khan Will come and conduct classes for the family members. Viewers will get to see a lot of new things on this Weekend Ka Vaar. Let us tell you that the fans always wait for the arrival of Salman Khan. At the same time, in the recent episode, there was a lot of ruckus in Bigg Boss house. Actually, for ticket to finale Shiv Thackeray And Nimrit Kaur There was a task in which all the members took part. During this Soundarya Sharma And there was a fierce fight between Shiv Thackeray. On the other hand, Nimrit Kaur has once again won the ticket to finale. In such a situation, people believe that now Shiv Thackeray and Nimrit’s friendship will break. Let’s tell in this report how Nimrit once again won the game…. Also Read – Bigg Boss 16: Tina Dutta opened Shaleen Bhanot’s dirty game in front of Priyanka, said- ‘I asked for a very cheap thing’

Actually, in the recent episode, the family members were asked which member do you want to give ticket to finale. So Shiv Thackeray got maximum votes in this. After this, Bigg Boss announced that there will be a task between Shiv and Nimrit for ticket to finale. In this task, all the family members will have to take one of these two names. While Tina Dutta supported Shiv Thackeray, Shaleen Bhanot and Soundarya Sharma supported Nimrit Kaur. Later Bigg Boss announced the victory of Nimrit Kaur. This means that both the captaincy and ticket to finale is now with Nimrit Kaur.

In the recent episode of Bigg Boss 16, Tina Dutta and Priyanka Chahar Chowdhary were seen sitting in their room. During this, Tina Dutta made many revelations about Shaleen Bhanot, which shocked Priyanka Chahar. Tina Dutta claimed that Shaleen Bhanot’s team tried to contact her before the start of the show. Apart from this, Tina told many things to Priyanka. Now it will be interesting to see how Salman Khan reacts to these things. Also Read – Bigg Boss 16 Promo: Priyanka Chahar Chowdhary declares war, Soundarya Sharma and Nimrit Kaur will face each other!!