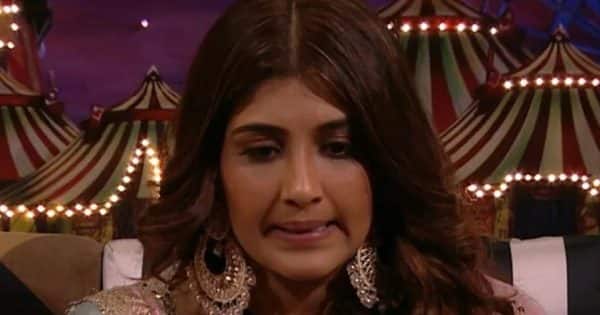 Nimrit Kaur Mother On Her Mental Health: Indrapreet, mother of Bigg Boss 16 contestant Nimrit Kaur Ahluwalia, recently told during an interview that her daughter had become a victim of health problem, due to which Nimrit’s weight had increased a lot.

Bigg Boss 16: Actress Nimrit Kaur Ahluwalia, who is seen in the famous reality show ‘Bigg Boss 16’, is impressing the audience a lot with her game. Nimrit’s friendship with Abdu Rojik and Shiv Thackeray in the show is being liked by the fans. But recently, her mother has made a big disclosure about TV’s famous serial ‘Choti Sardarni’ fame Nimrit. In fact, the actress’s mother Indrapreet told that during the shooting of ‘Chhoti Sarrdaarni’, Nimrit was struggling with mental health problem. Also Read – Bigg Boss 16: These contestants of Bigg Boss are gaining popularity on social media, there was a huge jump in followers

In an interview, Indrapreet revealed, “During the show Chhoti Sarrdaarni, she was suffering from a mental health problem, due to which she was suffering from chronic fatigue (weight gain). After finding out about this problem, Nimrit Took a short break and started taking medicines. Nimrit is very strong and overcame her mental health issues. Later she returned to the show and continued to give her best performance.”

Nimrit’s weight increased due to medicines

Nimrit’s mother said, “After a year, Nimrit left the show and started focusing on her mental health. Doctors say Nimrit gained weight because of the medicines she was taking.” Also Read – Bigg Boss 16: Salman Khan furious over Priyanka Chaudhary, said- ‘On the verge of becoming another Archana…’

Please tell that Nimrit has talked to MC Stan and Shiv about her depression in Bigg Boss. She had told on the show that she was a victim of depression and anxiety for almost a year and it is not that she has completely recovered from it. Nimrit had said, “I was taking these medicines for a year before coming here. But I had stopped my medicines on my own and hence it is becoming difficult now.”