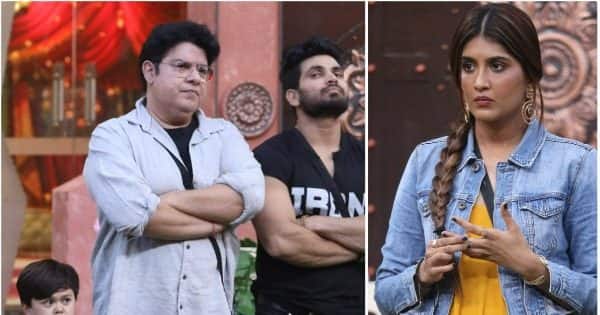 Abdu Rozik saved these contestants: There has been a lot of ruckus in the recent episode of Bigg Boss 16. During this, Abdu Rojic, using special power, has saved these four members from being nominated, which includes names from Shiv Thackeray to Sajid Khan.

Bigg Boss 16 Update: Bollywood Star Salman Khan (Salman Khan)’s controversial show ‘Bigg Boss 16’ has a good buzz. One after the other twists and turns are being seen in this show. From the very first day, there was a tussle between many contestants, while some fought fiercely. In the recent episode, Bigg Boss praised the captain of the house, Abdu Rojic. He also described Abdu as the best captain of this season. Bigg Boss asks him which members he wants to save from nomination by using his special power.

Bigg Boss 16 The new Captain Abdu Rojic, after careful deliberation, first protected Sajid Khan from the nomination. He then saved his best friends Shiv Thackeray and MC Stan, later Abdu saved his friend Nimrit Kaur from being nominated this week. Hearing this decision of the younger brother, Shiva and Nimrit burst out with joy. At the same time, Sajid and MC also thanked Abdu.

Apart from these four members, all the other contestants were given a task by Bigg Boss to avoid nomination. Actually, in this task all the contestants had to buy flowers. After this, he had to give flowers to his favorite contestants from among the three people standing on the stage. The one who had the most number of roses in the last would have escaped this nomination. Let us inform that after the task, three members have been nominated for this week, which includes the names of Priyanka Chahar Chaudhary, Gori Nagori and Sumbul Tauqeer Khan. Now it will be interesting to see which member is homeless this weekend.

War broke out between Shaleen and Sumbul

Once again a war has broken out between Shaleen Bhanot and Sumbul Tauqeer Khan. In fact, in the last episode, in the task of rationing, Sumbul had decided to give ration to Sajid Khan over Tina Dutta, due to which Shaleen’s anger reached the seventh heaven. After this, Shaleen reprimanded him fiercely. In today’s episode too, Shaleen and Sumbul were seen lashing out at each other regarding Tina.