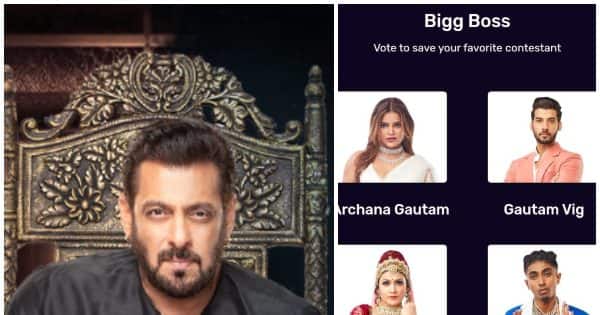 Bigg Boss 16 Nominations Week 5: Bollywood superstar Salman Khan’s reality show Bigg Boss 16 has started grabbing the attention of the fans. Fans also keep a close eye on this TV reality show. Now the task of elimination took place as soon as the show entered the fifth week. In which the sword of nomination has fallen on the heads of these 3 members.

Bigg Boss 16 Nominations Week 5: Bollywood superstar Salman Khan’s controversial TV reality show Bigg Boss 16 is in a lot of discussion these days. This TV reality show was successful like every time in entertaining the fans. The show has completed 4 weeks and now the show has entered the fifth week. Along with this, the sword of nominations has also started hanging on the members participating in the show. You will see a work related to this in the upcoming show. After which the nominations have fallen on 3 members. Who are these members after all? And the reality show Bigg Boss 16 has started attracting the attention of the fans after which of these contestants were out of the show. Fans also keep a close eye on this TV reality show. Now the task of elimination took place as soon as the show entered the fifth week. In which the sword of nomination fell on the heads of these 3 members, scroll down to know their names.

Nominations fell on these stars

According to the latest reports coming out, in the fifth week of the show, the members on whom the sword of nominations are hanging. His name is like this. According to reports, this week Archana Gautam, Sumbul Touqeer Khan and actress Soundarya Sharma His name has been included in the list of nominated contestants. Now superstar Salman Khan is going to give orders to make one of these members homeless in the coming weekend. The interesting thing is that all these three members are considered to be strong contestants of the house. At present, if social media trends are to be believed, then Tamarind star Sumbul Tauqir Khan’s name is being seen at the bottom of this list.

Nominated Contestants for this week

So is Sumbul Tauqir Khan in danger?

Actually, after entering the Bigg Boss house, actress Sumbul Tauqir Khan seems to be lost. His game is also not understood by the fans. Sumbul Tauqir Khan’s father heard him fiercely on stage after joining the name of Shaleen Bhanot. Along with this, Shaleen and Tina had also advised to stay away from Dutta. Despite this, ignoring his father’s words, Sumbul was again seen increasing his friendship with Shaleen. Due to which the fans are angry. At the same time, Sumbul Tauqir Khan’s name could not be included in the list of top 5 stars in the Ormax Media report coming out last week. All these things are indicating that the coming weekend may prove to be difficult for actress Sumbul Tauqir Khan.