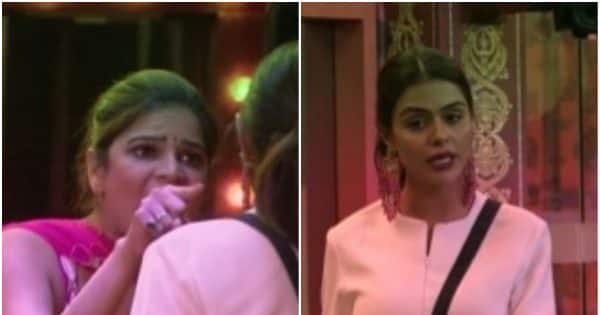 Bigg Boss 16 New Promo Video: bigg boss 16 In Bigg Boss 16, once again a war broke out between Archana Gautam and Priyanka Chahar Chaudhary over food. A new promo video of the show has surfaced, in which Archana and Priyanka are having an argument over rotis. In this video, Sreejita Dey is telling Priyanka Chaudhary, “Archana is not doing her duty.” So Priyanka says on this, “It is her wish. Then she goes back on her word. First she would have said that if it happens, I will help, otherwise I will not.” After this Priyanka Chahar Chowdhary says that if she doesn’t make chapati today, I will make roti, but tomorrow I will not make breakfast. Also Read – Bigg Boss 16: Abdu Rojik ready to rock the show again, will enter the house this weekend!

Argument between Archana Gautam and Priyanka

It can be seen in this video that Archana Gautam tells Priyanka, “Sister, I do not save flour separately like you. Understood, I feed everyone more bread.” That’s why Priyanka says that when I do, you call scam, now give the flour to those people, you had snatched their paratha. It can be seen in the video that a fierce argument is taking place between Priyanka and Archana.

There was again a war between Archana and Priyanka over the scarcity of bread. ,

People are commenting a lot on this video of Priyanka (Priyanka Chahar Chaudhary) and Archana Gautam regarding roti and giving their feedback. One user commented, “Archana really thinks she will win this game by doing all this. Everyday she fights only for bread and flour.” So another user wrote, “Archana has come again to take footage from Priyanka. Sister, bring up the issue without involving Priyanka.” Also Read – Bigg Boss 16: Archana Gautam competes with Bhojpuri beauties in boldness, will stop breathing after seeing the pictures

Please inform that Abdu Rozik has been evicted from Bigg Boss 13. Fans were saddened by Abdu Rojik’s exit from the show. However, according to reports, Abdu Rojik may once again return to the Bigg Boss house (Bigg Boss 16). Also Read – Before Tina Datta, these beauties also got the tag of ‘house breaking woman’, people raised questions on the affair!!