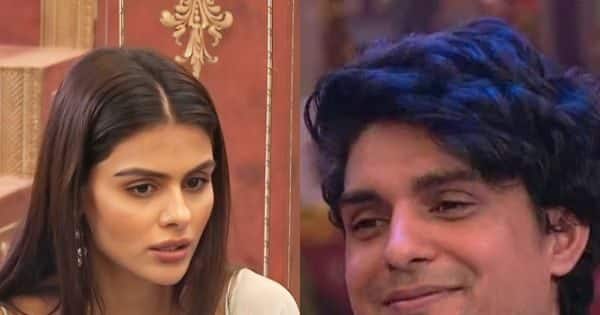 Bigg Boss 16 Priyanka Chahar Choudhary Saves Ankit Gupta: In Bigg Boss 16, Ankit Gupta, Tina Dutta, Sreejita Dey and Vikas Manaktala were nominated last day. At the same time, Bigg Boss put a condition in front of Priyanka to save Ankit that she would save the prize money or save Ankit.

Bigg Boss 16: TV’s explosive and controversial show ‘Bigg Boss 16’ has left no stone unturned to win the hearts of the people. Salman Khan In this show of (Salman Khan), the game of the contestants and their quarrel is very much discussed. Last week, Tina Dutta, Sreejita De, Ankit Gupta and Vikas Manaktala were nominated for eviction from Bigg Boss 16. same last night bigg boss 16 It was shown in the promo that Bigg Boss calls Priyanka to the confession room and puts a condition to save Ankit Gupta. He asks to choose between Ankit Gupta and prize money. Also Read – Bigg Boss 16: ‘Can’t live without boys… broke many people’s houses’, Sreejita spews venom against Tina Dutta

But if she doesn’t press, the prize money will become zero and Ankit will get saved from the elimination.

Priyanka decides to save Ankit Gupta from immediate elimination and lets go of the prize money.

Most of the housemates support her decision however Sajid Khan commented.

There is news about ‘Bigg Boss 16’ that Priyanka Chahar Chowdhary (Priyanka Chahar Choudhary) decided to save Ankit Gupta losing Rs 25 lakh. Regarding this thing, the audience is also assuming that now the troupe will make their life difficult. Because even in the promo, Archana Gautam and Sajid Khan were seen commenting on Priyanka. Apart from this, when Sajid Khan and Gautam Vij decided to save Soundarya Sharma and Sumbul Touqueer Khan after losing 25 lakhs, Priyanka expressed her displeasure at that time. But when Shaleen Bhanot lost Rs 25 lakh, she remained silent. Also Read – Viewers were shocked to see these 10 cat fights of Bigg Boss, female contestants humiliated each other fiercely

These three members stuck in nomination

After Ankit Gupta’s nomination is safe, Tina Dutta, Sreejita Dey and Vikas Manaktala have been nominated for eviction from the house.