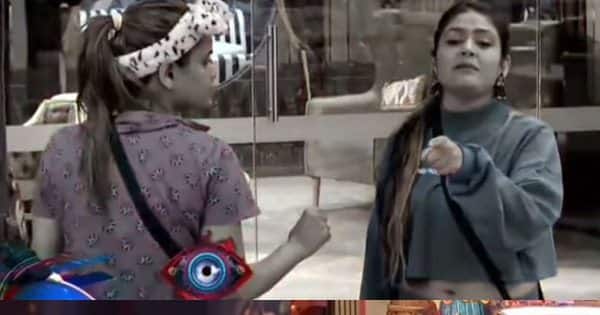 Bigg Boss 16 Update: A video from the house of ‘Bigg Boss 16’ is becoming increasingly viral on social media, in which Priyanka Chahar Chaudhary and Gori Nagori are seen fighting with each other. Let us know why both of them clashed with each other.

Priyanka Choudhary and Gori Nagori Fight: bollywood actors Salman Khan (Salman Khan) controversial reality show ‘Bigg Boss 16’‘ (Bigg Boss 16) is rocking on TV. Every day something new is being seen in this show. Where many contestants are seen playing friendship with each other. At the same time, many members are seen fighting fiercely with each other. Meanwhile, a video has surfaced from the house of Bigg Boss, in which the famous contestant of the show Priyanka Chahar Choudhary and Haryanvi dancer Gori Nagori are seen showering fireballs on each other.

War broke out between Priyanka Chahar and Gori Nagori

Actually, because of an avocado, Mahabharata breaks out at home. In the video, Archana asks who threw the avocado? To this, Ghori says that she has not thrown. After this, Ghori says that this work is hers. Archana gets very angry on this and tells Ghori, in manners, I have not thrown. After that both of them start fighting with each other. Then Priyanka Chaudhary comes between these two and supports Archana and says that she has seen that these avocados are not thrown by Archana. The mercury of both becomes so high that they start throwing water at each other. Meanwhile, Priyanka gets hurt due to Ghori, after which Priyanka forgets everything and reprimands Ghori fiercely. Priyanka says, ‘Don’t mess with me.’

Sajid Khan will be out of the house soon

Let us tell you that there is a lot of protest on social media regarding Sajid Khan Khan. Salman Khan is being trolled for making Sajid a part of this season, even the makers of the show. Meanwhile, a news has come out about Sajid. Actually a source associated with Bigg Boss has told that he is going to get out of the house soon.