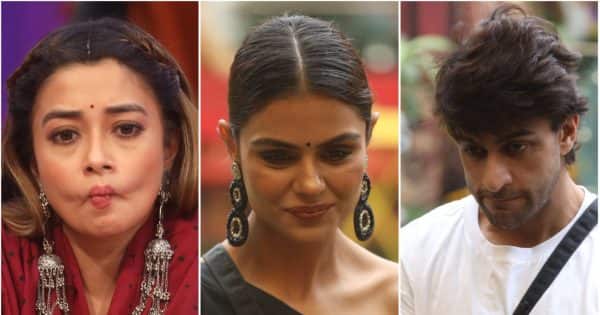 Bigg Boss 16 Update: Superhit reality show of Colors Tv bigg boss 16 It’s in the limelight these days. In the last episode, a lot of new things were seen in this show. recently Salman Khan from the show abdu rozic And Sajid Khan Got out, due to which the fans are very sad. In the recent episode, the nomination task took place in Bigg Boss house. During this, many members got nominated. Apart from this, Bigg Boss Nimrit Kaur Was also made the new captain of the house. meanwhile Archana Gautam A statement has come to the fore, in which she is seen talking about the relationship between Shaleen Bhanot and Tina Dutta in front of Nimrit Kaur. Also Read – Bigg Boss 16: Nimrit Kaur wins again, Shiv Thackeray fails to get ticket to finale

Actually, with becoming the captain, Nimrit Kaur was seen talking to all the family members. In this episode, Nimrit also spoke to Archana Gautam and sought her opinion on Shaleen and Tina’s relationship. During this, Archana told that now both Shaleen and Tina are friends of Priyanka Chahar. These two are never going to nominate Priyanka. But if Shaleen and Tina reunite then Priyanka Chahar Chowdhary’s game will fail. Priyanka wants that Shaleen and Tina should not talk to each other. After listening to these words of Archana, Nimrit Kaur also understood a lot. At the same time, the ticket to finale is still with Nimrit. But if his captaincy goes away, the ticket to finale will go to another member. In such a situation, the housemates are trying their best to remove Nimrit Kaur from the captaincy.

These members got nominated

Let us inform that recently Bigg Boss had given the task of nomination to all the members. Nimrit Kaur was already safe in this task. During this, Tina Dutta, Soundarya Sharma, Shaleen Bhanot and Sumbul Touqeer Khan got nominated. Now it will be interesting to see who gets evicted from the house this time. Also Read – Bigg Boss 16: Tina Dutta opened Shaleen Bhanot’s dirty game in front of Priyanka, said- ‘I asked for a very cheap thing’