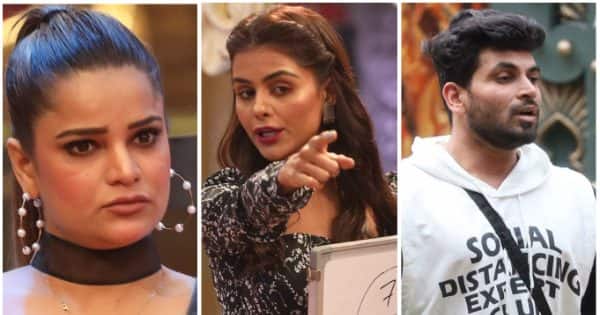 Bigg Boss 16 Update: TV’s controversial reality show bigg boss 16 There is a good buzz. There is something new to see in this house everyday. In the recent episode, there was a fierce ruckus between Archana Gautam and Shiv Thackeray. During this, Archana grabbed Shiva’s throat. Shiv Thackeray got hurt in this scuffle. After this both were called to the confession room where Bigg Boss left the decision to Shiv Thackeray. After which Shiva demanded to get Archana out of the house. At the same time, Bigg Boss also accepted Shiva’s decision as right and threw Archana out of the house. While all the family members were celebrating Archana’s exit, Priyanka Chahar Chaudhary was seen handling Archana.

Actually, as soon as Bigg Boss told Archana that she was evicted from the house, there was a wave of happiness among all the members from Abdu Rojic to Tina Dutta. But Priyanka Chahar Chaudhary was seen explaining to Archana. Let us tell you that when Shiva and Archana were fighting with each other, Priyanka was seen defending at that time too. People are liking this style of Priyanka very much. People are seen praising Priyanka everywhere. People are also seen applauding Priyanka on social media. Many people believe that Priyanka has the ability to win this show.

I love her presence in #BiggBoss16

But she stood strong for her decision, without caring about makers. Best qualities I have seen today about her!!!!#BiggBoss16

Demand raised to bring Archana Gautam back in Bigg Boss

With the exit of Archana Gautam, there has been a stir on the internet. Fans are constantly demanding to bring him back in the show. A few hours ago, a picture of her has been shared from the official account of Archana Gautam. It is not yet known whether Archana has shared this photo or her team has done it. At the same time, some people believe that Archana Gautam has been kept in the secret room and she is going to return to the show soon.