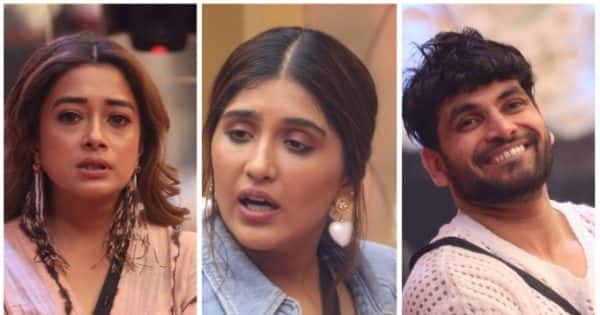 Big Boss Promo: Bollywood star Salman Khan’s big bang reality show Bigg Boss 16 is witnessing a lot of twists and turns. Old friends have now become sworn enemies of each other. Yes where ever Nimrit Kaur and Tina Dutta used to be good friends. And now there is a rift between the two. In the recent episode, the show had a task wherein Nimrit had to rank the housemates on their contribution. There was a lot of ruckus during this task. Once again Tina Dutta and Nimrit came face to face. Meanwhile, a promo video of Bigg Boss 16 has surfaced, which is going viral in the internet world. Also Read – Bigg Boss 16 PROMO: This member’s entry in Salman Khan’s house, makers announced the first wild card

Colors TV has shared a promo on its Instagram, in which Tina and Nimrit are seen fighting with each other. In the upcoming episode, there will be a lot of uproar in the Bigg Boss house. During this, Shiv Thackeray will be seen conducting classes for all the family members. In fact, this time in the show there will be a brawl over washing dishes. Let us tell you that recently there has been a wild card entry in this show. Golden Boyz has made a bang entry in this show. It is being told that next week many more celebs can enter Bigg Boss house.

Karthik and Alaya will come to promote Freddy

If media reports are to be believed, this time on Weekend Ka Vaar, Karthik Aryan and Alaya Furniturewala are going to rock with Salman Khan. Both of them will come on this show to promote their film Freddy. However, this has not been officially confirmed yet. Let us inform that Shaleen Bhanot, Tina Dutta, Sajid Khan, Sumbul Touqueer Khan, MC Stan, Shiv Thackeray and Priyanka Chaudhary are nominated for this week. Also Read – Bigg Boss 16: These contestants can be evicted this week, these stars including MC Stan are in nomination for elimination