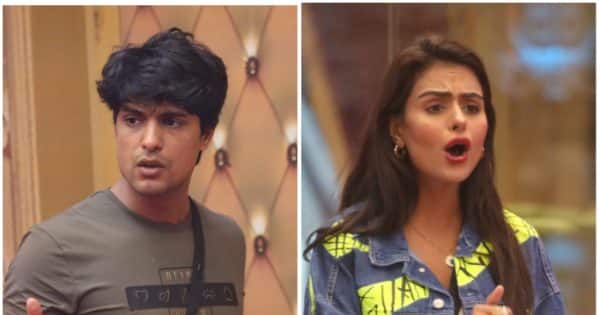 Bigg Boss 16 Promo: Fans are quite excited about Salman Khan’s explosive and controversial show Bigg Boss 16. In the recent episode, Nimrit Kaur and Shaleen Bhanot got into a heated argument during a task. During this, Nimrit reprimanded Shaleen. At the same time, after the fight is over, Nimrit becomes emotional and starts crying badly. Please tell that both Priyanka Chahar Chaudhary and Ankit Gupta are very good friends. A few days ago there was a fight between the two but at the moment everything is fine between the two. Meanwhile, a promo of Bigg Boss 16 has surfaced, which is going viral in the internet world. Priyanka and Ankit’s fans are heartbroken after watching this video as once again there has been a dispute between the two. Also Read – Bigg Boss 16 PROMO: This member’s entry in Salman Khan’s house, makers announced the first wild card

War broke out between Priyanka Chahar and Ankit Gupta

Colors TV has shared a promo video on its Instagram, in which Ankit Gupta and Priyanka Chahar Chowdhary are seen lashing out at each other. In the upcoming episode, Bigg Boss will give a task to all the housemates, in which the contestants will reveal about each other. During this task, Ankit will say such a thing about Priyanka that the actress’s temperature will go high. After this, she will throw mud on Ankit’s face. After watching this clip, there has been an uproar among the viewers. The fans are upset that there has been a rift in their relationship again. Well, after watching this promo, the fans are now waiting for its upcoming episode. Also Read – Bigg Boss 16: These contestants can be evicted this week, these stars including MC Stan are in nomination for elimination

In the last episode, Shaleen Bhanot and Archana Gautam also clashed with each other. Actually, Archana was asking Shaleen to clean the kitchen but Shaleen was taking care of Tina Dutta. After this, Archana gets furious at Shaleen. After this there would be a fierce dispute between the two. During this, Shaleen calls Archana a ‘dirty woman’, after which Archana beats Shaleen. Also Read – Sreejita Dey to be a wild card entry in Bigg Boss 16!! Tina Dutta will feel chilly