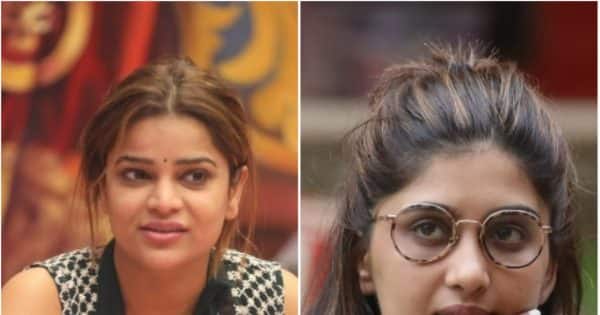 Bigg Boss 16 21 October 2022 Episode: Almost 3 weeks have been completed on Salman Khan’s controversial show Bigg Boss 16. In these three weeks, the contestants have lifted the entire house on their head. Talking about Archana Gautam, from the very beginning, she is seen giving double dose of entertainment to the audience. Tonight also the audience of Bigg Boss will not be able to stop laughing because of Archana Gautam. Actually the makers have released a good promo of the upcoming episode of Bigg Boss 16. In this promo, Nimrit Kaur Ahluwalia is seen telling the family members in the middle of the night that she will not miss a single opportunity to harass Archana as well as Priyanka Chahar Chaudhary.

It is clear from the promo that Archana Gautam did not like Nimrit Kaur Ahluwalia’s joke at all. Priyanka is also getting very angry on Nimrit. At the same time, Archana is also seen swearing that she will now sleep with Nimrit as well as the rest of the family. Archana Gautam is seen saying in this promo that I will now put moong on my chest. Seeing this style of Archana Gautam Bigg Boss 16 The fans are looking very desperate to see the upcoming episode.

Shaleen and Sajid will express their displeasure

Let us tell you that the way Archana Gautam will take revenge on Nimrit Kaur Ahluwalia, due to which many people are going to face problems. Archana Gautam will disturb the peace of the house at midnight and in such a situation, Shaleen Bhanot along with Sajid Khan will not be able to control their anger. On the other hand, the prison sentence will also be given for the first time in the house. According to the news coming out, Captain Shiv Thackeray is going to choose Priyanka Chaudhary to send him to jail. For the time being, it has to be seen that in today’s episode, how much more destruction is going to be caused by Archana Gautam?