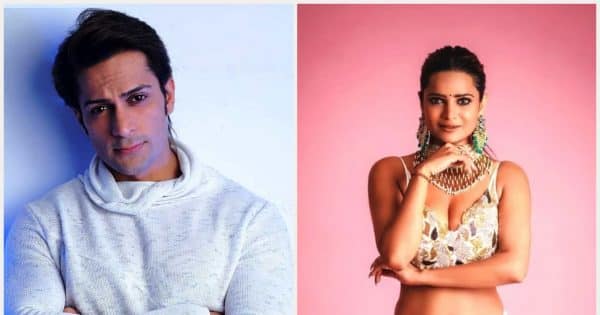 Bigg Boss 16 Astrologer will reveal housemates fate: Bollywood superstar Salman Khan’s controversial TV reality show Bigg Boss 16 is now moving towards the finale. Now only 1 month is left for the finale of this show. Meanwhile, the makers are trying to make the show more fun. The coming weekend’s Vaar special episode is also going to be very interesting. In the upcoming episode, this time an astrologer will enter the house. The one who after coming is going to reveal the secrets of the fate of the family members. According to the information received, Bigg Boss 16 will see the entry of astrologer Sauris Sharma. Those who after coming into the house would be seen reading the fortunes of the family members one by one. Also Read – Bigg Boss 16: These contestants have collected crores from the makers before the finale, Sumbul is ahead of Priyanka in earning

Archana Gautam and Shaleen Bhanot will get advice

According to the information revealed, astrologer Sourish Sharma is going to enter the house in the upcoming show. Sauris Sharma will reveal about the fate of the housemates. in which he Archana Gautam Will tell that the year 2026 will be very good for him. Along with this, he has described his tongue and fiery style as his weapon. Whereas, Shaleen Bhanot Astrologers will be seen advising to stay away from women. He will say that as soon as he has a fight with a woman, he should step back and end the relationship with that woman. Otherwise, he will suffer a lot in the case related to women. Also Read – Bigg Boss 16 Promo: Shaleen Bhanot loses temper on National TV, will be out of the show!!

Here, it is also discussed that this time in the upcoming Weekend Ka Vaar special episode, Abdu Rojik and Sajid Khan are also going to enter. According to the information received, both the stars will host Weekend Ka Vaar with Salman Khan at home. Abdu Rojik and Sajid Khan remain friends even after being evicted from Bigg Boss 16. Both the stars have also met after being out of the house. Whose pictures were shared by Sajid Khan’s choreographer and director sister Farah Khan on social media. Also Read – TRP List Of 2nd Week 2023: Anupama’s ratings jump, ‘Gum Hai Kisi Ke Pyar Mein’ becomes a thorn in the neck YRKKH

Bigg Boss 16 Promo: Astrologer will reveal the secrets of the family’s fate, Shalin Bhanot will get special advice!!

Pushpa 2 Vs RC 15: Tehelka will be created on Sankranti 2024, two brothers of South will clash with each other at the box office !!