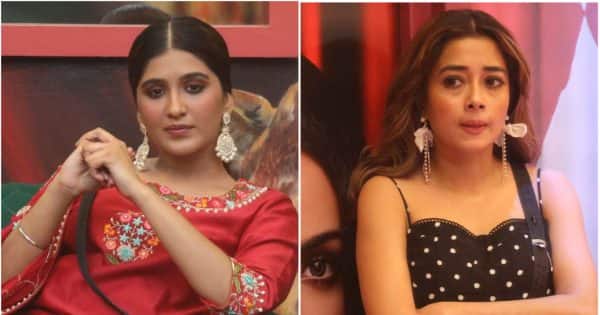 Bigg Boss 16 Promo: bollywood star Salman Khan Controversial reality show of bigg boss 16 I have taken a new turn. First of all the famous contestants of this show abdu rozic Got out anymore Sajid Khan had to go out of the house, which has demoralized the members of the congregation. Now there are only 4 members left in the troupe, in which sumbul tauqeer, Shiv Thackeray, mc stan And the name of Nimrit Kaur is included. Meanwhile, a sizzling new promo of Bigg Boss 16 has surfaced, which has become the talk of the internet. Fans have become excited after watching this clip. Also Read – Today TV News 23 January: Shaleen pleads to come out of Bigg Boss 16, Vishal shares video with Devoleena

Nimrit Kaur became the new captain of the house

A new promo of the TV show Bigg Boss 16 is going viral on the internet, in which Bigg Boss is seen telling the housemates about the tickets to the finale. Bigg Boss says, ‘My dear family members, now everyone who had known has gone away, you are the top 9 of this show.. Further, Bigg Boss said that with this captaincy task, the ticket to the finale is also attached. . This means that whichever member will become the captain and will also get the ticket to finale. Along with this, Bigg Boss also gave a shock to all the family members. He made Nimrit Kaur the captain of the house. Now the housemates will have to somehow remove Nimrit from the captaincy and get the ticket to finale in their name. Also Read – Bigg Boss 16: Priyanka confronts the entire troupe to get Nimrit out of the finale, gets pushed by Sumbul

Members of the troupe conspired against Tina Dutta

Let’s tell that there will be a nomination task in Bigg Boss today. Meanwhile, the troupe members are about to play a game against Tina Dutta. Nimrit Kaur, Sumbul Touqueer Khan and Soundarya Sharma will be seen nominating Tina. Whereas MC Stan will nominate Soundarya Sharma. After the release of these two promos, now the fans are eagerly waiting for the upcoming episode. Also Read – Bigg Boss 16: Seeing Shiv and Stan’s friendship, Nimrit was moved, said this in front of the rapper