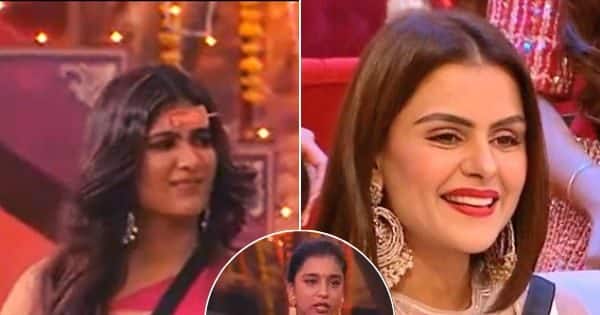 Bigg Boss 16: A promo video related to ‘Bigg Boss 16’ has been released, in which Priyanka Chahar Chaudhary, Sumbul Tauqeer Khan and Archana Gautam will be seen calling Nimrit Kaur Ahluwalia a fusky bomb. Users are also giving a lot of reaction to this video.

Bigg Boss 16: Salman Khan’s banging show ‘Bigg Boss 16’ is making a lot of noise these days. On the day of the show, such things are being seen which has increased the excitement of the audience towards the show. These days, instead of Salman Khan, the command of ‘Bigg Boss 16’ is in the hands of Karan Johar, who is also handling the show very well. In today’s episode, Karan Johar will be seen celebrating Diwali with the members of ‘Bigg Boss 16’. Recently a promo video related to ‘Bigg Boss 16’ has been released, in which Priyanka Chahar Chaudhary, Sumbul Tauqeer Khan (Sumbul Touqeer Khan) and Archana Gautam will be seen calling Nimrit Kaur Ahluwalia a fusky bomb.

Entertainment In the midst of Diwali celebrations in the packed ‘Bigg Boss 16’, Karan Johar asked the family members to tell about the member who is the biggest fussy bomb in the house compared to him. In such a situation, the contestants did not leave any chance to target each other. However, in the meantime, Nimrit Kaur Ahluwalia became the biggest target of the family. At Karan’s behest, Priyanka got up first and pasted a sticker of Fusky Bomb on Nimrit’s face and said, “That’s it for me. Because she can’t speak on her face.” Nimrit also does not hold back from answering them and says, “I don’t like your face.”


‘Bigg Boss 16’ It was shown in the promo video of (Bigg Boss 16) that Sumbul Tauqeer Khan And Archana Gautam also did not back down from this task. Sumbul pasting a sticker on Nimrit’s face said, “She either hides behind someone or runs a gun on someone’s shoulder.” At the same time, Archana also targets Nimrit and says, “When I became the captain, she was provoking others.” However, on his words, Nimrit replies that I had not done anything like this.