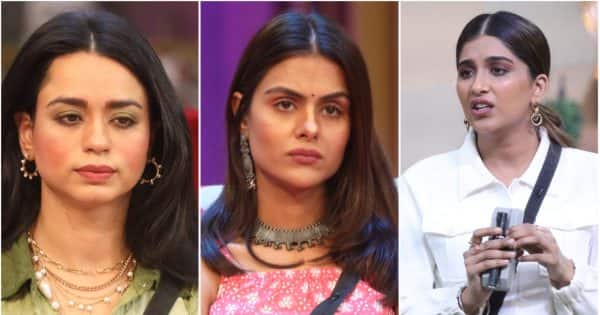 Colors TV has shared a promo of Bigg Boss 16 on its Twitter account. In this clip, Priyanka Chahar is seen sitting with Tina Dutta. While Nimrit Kaur, Shaleen Bhanot and Soundarya Sharma are seen talking about Priyanka Chahar Chowdhary. In the video, Soundarya is making fun of Priyanka. Whereas Shaleen and Nimrit are supporting them. Seeing all this, Priyanka says that now the war has started. After watching this promo, the fans are eagerly waiting for the upcoming episode.

Shiv Thackeray and Nimrit Kaur’s friendship has broken due to Ticket to Finale. Let us tell you that after the departure of Sajid Khan, the troupe had become weak anyway. But now it is completely broken. Except MC Steyn and Shiv Thackeray, now all the members have started playing their own game. Nimrit Kaur’s style has also changed in this episode. Also Read – Bigg Boss 16: Like Tina-Shaleen, the relationship of these contestants spoiled the mind of the audience, there was a lot of abuse!!